Laurel Weaver is portrayed as a young and cynical deputy medical examiner. She has a fairly slender figure, and dark hair.

In the first film Laurel investigates the corpse of a man that Officer James Edwards chased. She finds that the man had two different sets of eyelids

Later on, Jay, and Kay search the morgue to look for the bodies of aliens that were killed by Edgar the Bug. After this, she is neuralyzed.

At the end of the film, she kills Edgar, after which she is recruited by the MiB.

Men In Black: The Series

In Men in Black The Series she is moved to the lab inside MiB headquarters becoming chief scientific officer and an assistant to Zed.

In The Long Goodbye Syndrome when Jay is pursued by Skraaldian aliens she gives Jay a freezing weapon to defend himself from them after Jay accidentally blew one alien up by firing his noisy cricket at him.

In The Big Bad Bug Syndrome, Elle is pursued by another Bug named Edwin, Edgar's brother who wants revenge on her for Edgar's death. She is kidnapped again but when Jay and Kay arrive to rescue her all three are captured. They are later rescued by the Worms and a group of Bug bounty hunters. When the Bug bounty hunters need sugar to survive the Worms give them their sugared coffee. The bounty hunters fire at Edwin killing him just like how Edgar was killed.

In The Musical Chairs Syndrome her role as chief scientific officer is later replaced by Dr Zan'dozz Zeeltor cause she wanted to move into field work.

She is also given a new partner an alien named Agent X, since Jay and Kay were partner's again. But since this series is taking place after the events of the first film it is considered non-canon to the live action films.

In Men in Black II, L does not appear, but is mentioned once. J explains that L apparently wanted to return to working as a medical examiner. 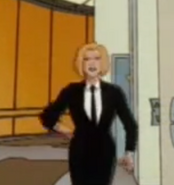 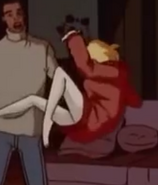 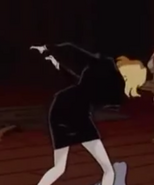 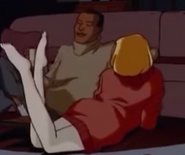 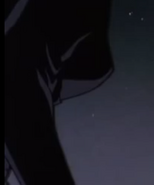 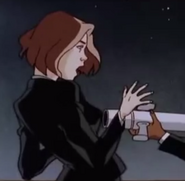 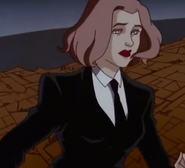 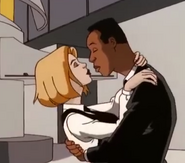 Add a photo to this gallery
Retrieved from "https://xianb.fandom.com/wiki/Agent_L?oldid=208856"
Community content is available under CC-BY-SA unless otherwise noted.