Ahsoka Tano, nicknamed Snips by her master, was a Togrutafemale from the planet Shili who trained as a Jedi apprentice during the Clone Wars, the conflict between the Galactic Republic and the Confederacy of Independent Systems. Tano was assigned to Jedi Knight Anakin Skywalker by Jedi Grand Master Yoda, and she demonstrated an eagerness to prove herself worthy to be his apprentice. Tano was involved in the defeat of the Separatist army on the planet Christophsis and was important to Republic efforts during the Battle of Teth. Along with Skywalker, Tano was instrumental in acquiring the Republic's safe passage through Hutt Space, due to her part in rescuing the son of Jabba the Hutt, which ensured an alliance between the Republic and the Hutt clans.

Later, Tano and her master achieved many things during the war including stopping the Blue Shadow Virus, freeing Togruta slaves from Kiros, saving her Master and many others on multiple occasions, and even halting a plot masterminded by Darth Sidious himself. She also engaged some of most deadly people in the galaxy, most notably Asajj Ventress, General Grievous, and Cad Bane several times, always surviving without any serious injury. Tano had a brief brush with the dark side on Mortis after being infected with it by the Son and even died, but she was resurrected by the Daughter. Tano formed close bonds with many members of the Order, which included Plo Koon, Barriss Offee, Obi-Wan Kenobi, and Luminara Unduli as well as people outside the Order such as Padmé Amidala and Lux Bonteri, to whom she developed a romantic attraction.

Around 20 BBY, Tano's friend Barriss Offee, who believed the Jedi Order to be evil, and corrupt, and overly belligerent, orchestrated the bombing of the Jedi Temple on Coruscant, killed the bomber, Letta Turmond, and caused the deaths of clone troopers while framing Tano for these crimes. While running away from Republic authoritiesand Skywalker, who still believed her to be innocent, Tano met her longtime nemesis Asajj Ventress and briefly allied with her, since both were on the run from their masters. Tano was led by Offee, the only Jedi whom she still saw as an ally, into a trap at an abandoned Coruscant warehouse in Coruscant's Undercity, where she was captured by Skywalker's forces. The Jedi High Council then expelled Tano from the Jedi Order and turned her over to the Republic fortrial. Tano came very close to a conviction and death sentence, but she was acquitted at the last minute by the forced confession of a captured Offee. While the Council pardoned Tano and offered to bring her back into the Order, Tano refused, and she left the Jedi Temple. 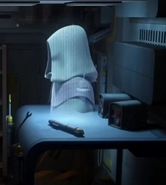 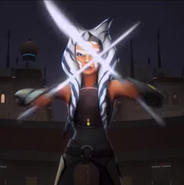 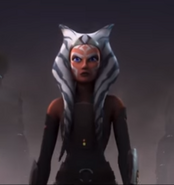 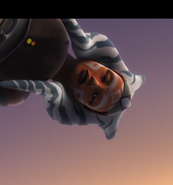 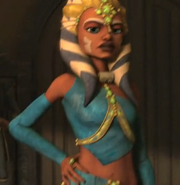 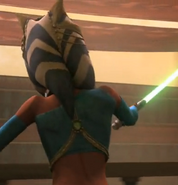 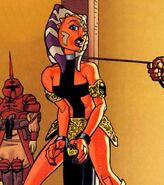 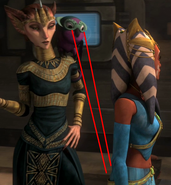 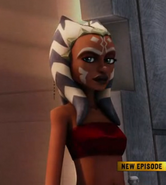 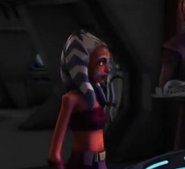 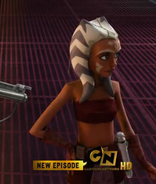 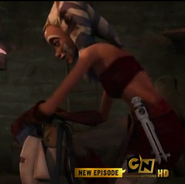 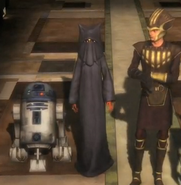 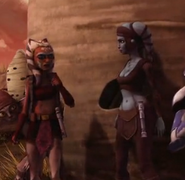 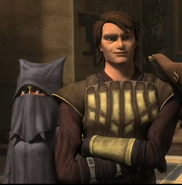 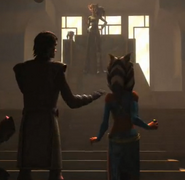 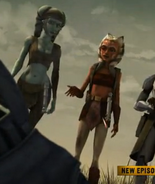 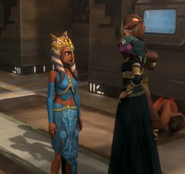 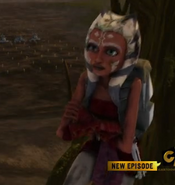 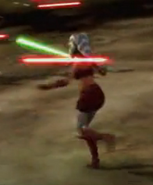 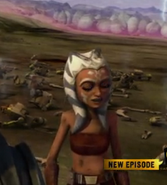 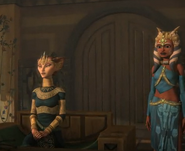 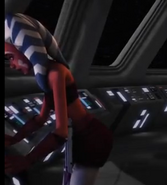