Start a Wiki
Alexa is a character appearing in the anime series.

Alexa has brown hair, like her eyebrows, as well as having green eyes. Her hair is collected and with a tuft of hair that protrudes from her forehead. She wears a tight black and red shirt, and the collar and cuffs are white. She also wears tight gray pants, brown boots and a fanny pack worn on the waist, where she keeps her Poké Balls. Alexa also wears two yellow earrings and has a red nail polish on her fingers. She sometimes wears a headset, composed of a microphone on her left and a camera on her right side.

Alexa is a journalist, who travels through the lands. However, she is sometimes clumsy and forgetful, though she relies on her Gogoat to remind her where her gear lies. Alexa is also helpful, at times. In the XY series, Alexa also cares for her younger sister, Viola who is the Gym Leader of Santalune City and also gives her some advice about Ash's battling style which she takes him lightly in his first Gym battle until she loses in a rematch against him. 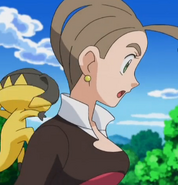 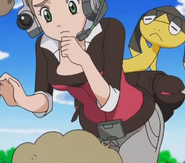 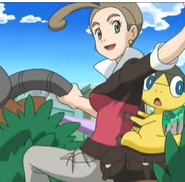 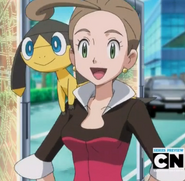 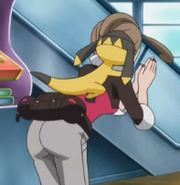 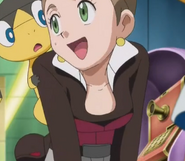 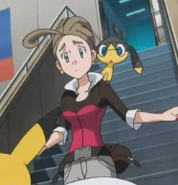 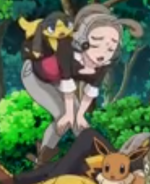 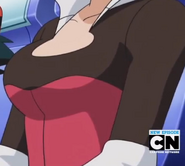 Add a photo to this gallery
Retrieved from "https://xianb.fandom.com/wiki/Alexa?oldid=235920"
Community content is available under CC-BY-SA unless otherwise noted.