Xianb Wiki
Register
Don't have an account?
Sign In
Advertisement
in: Independently Wealthy, Criminals, Army of Light,
and 22 more

Asami Sato is the only child of the former wealthy industrialist, Hiroshi Sato. Although a nonbender, when she discovered that her father was working with the Equalists, she rejected his hatred of benders and actively fought against the Equalists as a member of Team Avatar. After her father's imprisonment, she became the new Chief Executive Officer of Future Industries, planning to bring the company back to the peak of economic dominance and restore its reputation. Two weeks after Harmonic Convergence, she joined her friends in the search for the new airbenders. However, their search stopped when the Red Lotus attempted to kidnap Avatar Korra in Zaofu and they worked to bring the organization down instead. Three years later, in 174 AG, Asami assisted in defeating Kuvira and began a romantic relationship with her best friend, Korra.

Asami is highly proficient in hand-to-hand combat. From a young age, her father enrolled her in the best self-defense classes there were, so she would be able to protect herself. Her prowess was great enough to easily disarm the Equalists' Lieutenant and knock him out with his own weapon,and she was similarly able to evade attacks from five chi blockers before using an electrified glove to stun them. Asami has also proven herself to be nimble; she was able to jump over a speeding motorcycle while kicking the rider off, still managing to land gracefully, and also dodged an earthbending attack by a Red Lotus sentry before stunning him in one fluid motion.

Asami is an expert driver, having learned through testing her father's Satomobiles, and is fully capable of rivaling Equalist motorcyclists. She can also drive motorboats and sand-sailors, skillfully being able to escape and divert enemies during speed chases. Having assisted her father in operating their company, Asami is capable of controlling any other vehicle engineered by Future Industries, such as mopeds, forklifts, and mecha tanks, which she noted were operated similarly. As such, she has developed an keen eye on technology workmanship, being able to discern high-quality products from subpar ones, as evidenced when she criticized Cabbage Corp's airships for utilizing lighter materials, possibly sacrificing passenger safety.

Asami is a practical thinker and a capable engineer, able to repair and construct vehicles with limited resources, such as when she improvised a makeshift sand-sailer using materials from a destroyed airship.[23] She is also a skilled Pai Shoplayer, proving herself to be a good methodical strategist and can pick locks with her hair pins, able to free Tenzin through this method in the Northern Air Temple. 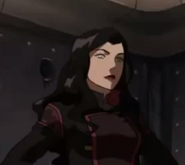 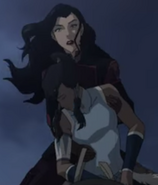 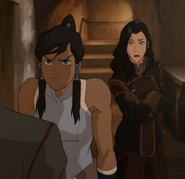 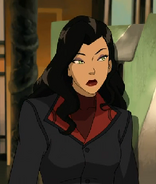 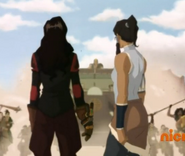 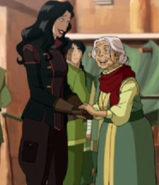 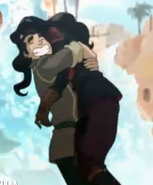 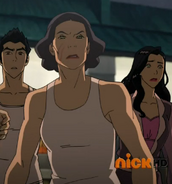 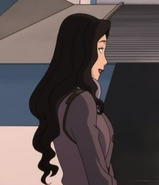