Invasion of the Witches' Forest

Can’t use Magic
Asta 「アスタ Asuta」 is an orphan left under the care of a church in the village of Hage. He is the wielder of the five-leaf clover Grimoire and a member of Clover Kingdom's Black Bull squad. 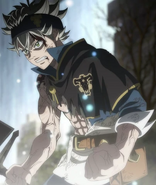 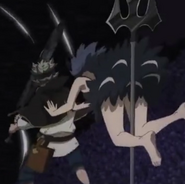 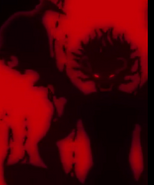