Aya (Japanese: アヤ Aya) is a ninja and a Pokémon Trainer who specializes in Poison-type Pokémon. She is the younger sister of Koga, the Fuchsia City Gym Leader, and is a student of the Gym. Apparently, she was raised by Koga since she was young. She also has interest in poetry.

Aya made her first appearance in The Ninja Poké-Showdown where she encountered Ash, Misty, and Brock in the Fuchsia City Gym. Aya challenged Ash to a battle with her Venonat and Ash agreed—sending out Bulbasaur. He won the match easily with his Bulbasaur's Leech Seed. After the battle her older brother Koga appeared.

Aya reappeared in Ariados, Amigos where she was training at the Pokémon Jujitsu Academy, learning Pokémon Jujitsu. She and her Venonat were unable to master it; she even faced Ash and his Bulbasaur in a rematch and lost. But after an encounter with Team Rocket, she was able to bring out her Venonat's full potential and defeat them. She then returned to the dojo to fully master Pokémon Jujitsu.

While trying to find their way through the Fuchsia Gym, Ash and friends encountered Aya, who challenged Ash to a battle. During the battle, Aya used Venonat and Ash used Bulbasaur. Eventually, Bulbasaur was able to defeat Venonat with its Leech Seed. Aya also tried to use Venonat to battle against Team Rocket, but was tied up by a sticky net cast by James and Jessie.

Venonat reappeared in Ash's flashback in Bad to the Bone, when he remembered how he obtained his Gym Badges.

In Ariados, Amigos Aya used Venonat in a rematch against Ash, who used Bulbasaur again. Like before, Venonat lost the battle. It was also later used to battle and defeat Team Rocket who had stolen Poké Balls from the dojo. 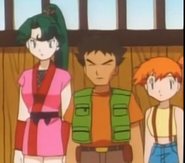 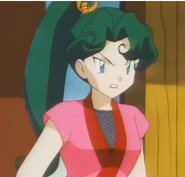 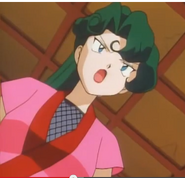 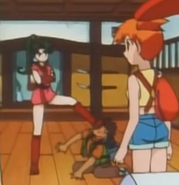 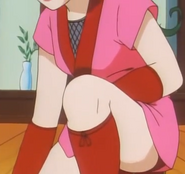 Add a photo to this gallery
Retrieved from "https://xianb.fandom.com/wiki/Aya?oldid=313591"
Community content is available under CC-BY-SA unless otherwise noted.