In his World he is a hero named The Flash. He is a member of the Justice League.

As a child, grandmother taught me a prayer. Accept what you can not change. Have the courage to change what you can. And wisdom to know the difference.

Speed Force: The Speed Force allows the him to bend the Laws of Physics using Super Speed. 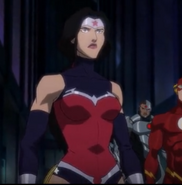 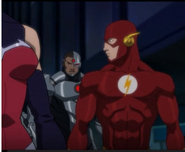