Write the first paragraph of your page here.

Bonnie has a great intelligence and analytical organization, such that repeatedly proves to be a great leader [3] and an excellent manipulator [13] . It has an extraordinary talent to provoke the people and press the right buttons; It is an excellent simulator [14] and demonstrates an ability to concentrate when you want to achieve out of the ordinary at all costs a goal.

It's a gymnast athletics as Kim and has roughly the same capacity of reflexes and coordination, but in his case, rather than relate to combat, his skills are more devoted to dance and the graceful movement [15] . However, in a couple of episodes, being to fight side by side against the rival Professor Dementor and Gill , Bonnie has proved to be quite capable of keeping up with it and be able to sustain a combat. 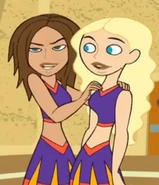 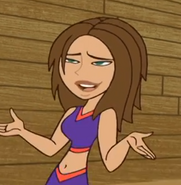 Add a photo to this gallery
Retrieved from "https://xianb.fandom.com/wiki/Bonnie_Rockwaller?oldid=394031"
Community content is available under CC-BY-SA unless otherwise noted.