Cheryl is a character appearing in Pokémon Generations.

Cheryl appeared in The Old Chateau, in which she and her Chansey were wandering through Eterna Forest, looking for a place to rest for the night. She eventually came across the Old Chateau, where she was welcomed by a butler, who invited her to spend the night there. Cheryl and Chansey were then brought to the dining hall, where the two began eating, not realizing that their plates were empty. Afterwards, Cheryl was escorted by the butler to her room, but she soon noticed they were walking in circles. She then witnessed the butler dissolving through the floor and was caught by a cloud of purple smoke, which took the shape of a Haunter. Cheryl and Chansey then woke up, finding the chateau in an old and abandoned state. After finding a note, Cheryl was attacked by the ghost of a little girl. 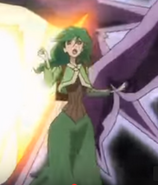 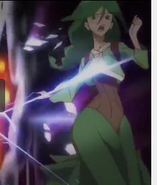 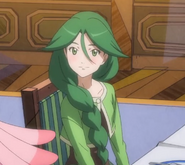 Add a photo to this gallery
Retrieved from "https://xianb.fandom.com/wiki/Cheryl_(Generations)?oldid=210382"
Community content is available under CC-BY-SA unless otherwise noted.