Stay Away From Me!

Chi-Chi is the wife of Goku and the mother of Gohan and Goten. She is very protective over the well being of her family, wishing to remove Gohan from Goku's lifestyle of fighting and constant conflict, but this is interrupted by the constant threats to Earth. She later relaxes with Goten, even training him herself.[ch. 427] As the daughter of Gyū-Maō(牛魔王, "Ox-King"), who trained under Kame-Sennin,[ch. 12] she is very strong in her own right. She and Goku first meet as children when Gyū-Maō asked Goku to take her to Kame-Sennin's house.[ch. 12] In a misunderstanding, Goku promises to marry her.[ch. 15] Years later, she confronts him to have him fulfill the promise in the quarter-finals of the 23rd Tenka'ichi Budōkai, despite the misunderstanding.[ch. 171] She is voiced by Mayumi Shō in the Japanese version of the series up until Dragon Ball Z episode 88, from which point she is voiced by Naoko Watanabe.In the Funimation dub, she is voiced by Laura Bailey as a child and by Cynthia Cranz as an adult. Chi-Chi is portrayed by Jamie Chung in the American live-action film Dragonball Evolution; her voice was dubbed over by Ami Koshimizu in the Japanese version of the film.

At the age of 20, Chi-Chi gives birth to her first son, Gohan. Four years later, during the time of the Saiyan conflict, Chi-Chi's husband Goku was slain in battle to defeat his brother Raditz, and her son Gohan was kidnapped by Piccolo to be trained at Break Wasteland for the battle with the remaining Saiyans that were on their way to Earth. Chi-Chi found this out after going in rage at Kame House.

One year later, she returned to Kame House and witnessed the battle against the Saiyans on Fortuneteller Baba's Crystal Ball. After the battle, and Vegeta's retreat, she came with the rest of the Z Fighters' supporters to find her son, and recently revived husband had survived the battle, but both badly injured, and Gohan unconscious after transforming into a Great Ape. She completely ignored the near to death, broken Goku, and looked after her son, while angry at Goku for letting their own child fight against the Saiyans (although it was a decision which had been made by Piccolo, not Goku).

Chi-Chi, Master Roshi, Oolong, Puar, and Yajirobe as they prepare to leave for Namek Chi-Chi took care of Goku in Wukong Hospital while Gohan, who was healed, went with Krillin and Bulma to Piccolo's homeworld planet Namek to use the Namekian Dragon Balls to revive the fallen Z Fighters from the battle. Once Goku was healed and left to meet up with them on Namek, Chi-Chi gathered Master Roshi, Oolong, Puar, and Yajirobe to try to use another one of Dr. Brief's spaceships to fly to Namek to rescue Gohan and the others from the threat Frieza which was on Namek. Instead, the ship did not work so they were forced to stay behind on Earth and wait. Chi-Chi is reunited with Gohan when everybody on Namek except Goku and Frieza were transported to Earth. Chi-Chi witnessed Porunga revive the fallen Z Fighters and tell them that Goku is still alive and on his way back (as well as gave Master Roshi an implied threat to stab him with a sword after the latter, in frustration, stated that Goku's reason for not returning immediately is because he is scared of Chi-Chi, who is the one being stronger than a Super Saiyan). 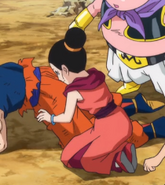 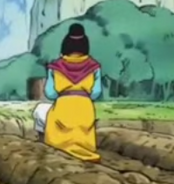 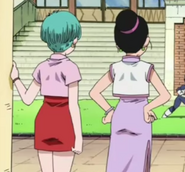 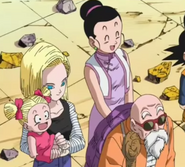 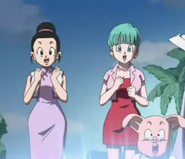 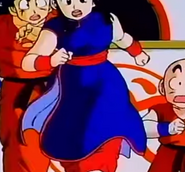 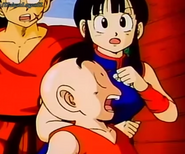 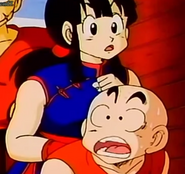 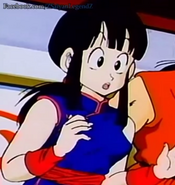 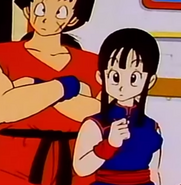 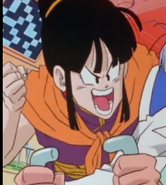 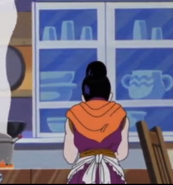 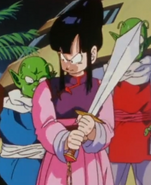 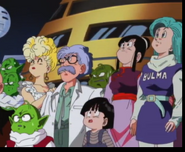 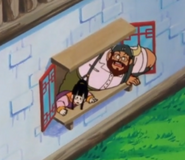 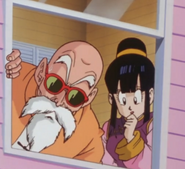 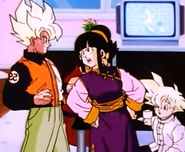 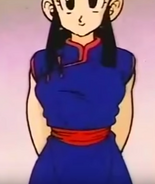 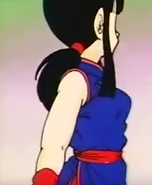 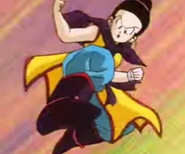 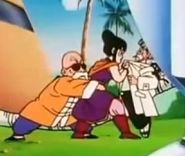 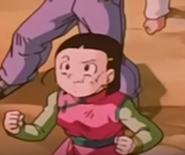 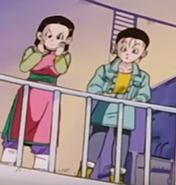 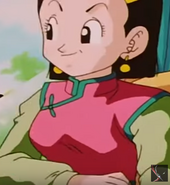 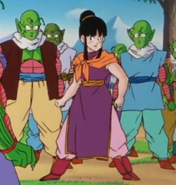 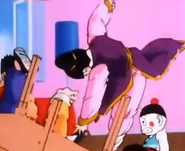 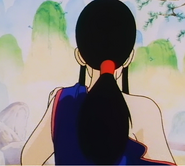 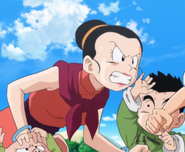