Crocodile is the captain of Baroque Works, former Shichibukai and one of the main antagonists / antiheroes in the One Piece Universe.

He is a seasoned, cunning and business-savvy pirate who is self-assured and confident in himself and his own abilities, as evidenced by his former title as one of the Seven Warlords of the Sea that he has held for years, Crocodile enjoys toying with weaker opponents, often smiling and laughing smugly during battle. However, due to his overconfidence, he seriously underestimated Luffy's willpower, and this eventually led to his defeat, Crocodile is first introduced as an intimidating and sophisticated mentor, although to the people of Arabasta he was seen as a savior figure who protected the country from pirate attacks, as part of his duty as Warlord of the Sea. National hero status, Crocodile couldn't care less about the local population and their adoration of him, despising them as fools and only acting against threats to keep up appearances, in his plot to take control of Arabasta, Crocodile callously and inhumanely orchestrated the destruction of various communities, intending to incite conflict that would eventually lead to a bloody civil war. However now, Crocodile seems more willing to help others, having offered to help Luffy escape Impel Down, and he has also nonchalantly accepted help from others, certain revelations imply that he may not be as callous as he lets on. During the war, he went above and beyond his personal agenda several times to save the lives of his allies, he saved Ace's life and protected Mr. 1 and Luffy from Mihawk, he even stopped Akainu from cornering Luffy and Jinbe as they desperately tried to escape the battle scene. However, Crocodile claimed that he only saved them because if he hadn't, the Marines would have felt victorious, and this prospect irritated him.

Crocodile defeated Luffy at least twice before his eventual defeat, in fact, if not for his good luck and the help he received from various people, Luffy would have been killed in all three battles: he was impaled (and later rescued by Nico Robin), dehydrated (and then revived by his own Water Water Pistol), and poisoned (and then received Robin's antidote). Also, if Luffy's blood hadn't served as a way to nullify Crocodile's Logia-Type defense, and if Robin hadn't provided Luffy with the antidote to his hook's poison, the third battle would have effectively favored Crocodile as well; later, during the Marineford Summit War, Crocodile was unharmed after confronting his fellow Warlords Donquixote Doflamingo and Dracule Mihawk in quick succession, despite the fact that both opponents fully possessed and mastered his Haki. Crocodile was able to fight Admiral Akainu and appear completely unharmed afterwards.

Crocodile is extremely intelligent and cunning, which is evident by his ability to lead Baroque Works, keeping the World Government completely in the dark about what he was doing and presenting himself as a hero in the eyes of the people. He is also skilled at coming up with near-perfect plans and noticing things most other people wouldn't, he is known to deduce a correct conclusion from very little information; for example, after seeing the white bandages on the Straw Hats' arms, he almost instantly discovered that it was a protection against Mr. 2's infiltration. He managed to sabotage the king's reputation among citizens by secretly importing rain-producing dust into the city capital during a period of major regional drought, later discovering it "accidentally" on the way, inciting the threat of civil war and thus diverting attention from its own dark machinations. The entire Arabasta saga is a testament to Crocodile's strategy and manipulative skills: he was able to successfully maintain control over all operations within the "Baroque Works" for a period of years, keeping his true identity as a Warlord hidden from everyone else, except Nico Robin. Simultaneously, he strove to attain a high level of respect and prestige among the citizens of Arabasta as their "savior", brutally dispatching any would-be invader or pirate, an expert liar and manipulator, he was able to trick Vivi into wasting time looking for a key that was fake all along and managed to get Luffy to let his guard down by targeting Yuba with a sandstorm after learning of Luffy's friendship with Toto. During the events of Operation Utopia, Crocodile displayed great foresight in his attempt to blow up Alubarna, installing a backup mechanism to set off a bomb in the capital if the main method failed and putting two of his agents to protect it in the event it was found.

Also, in addition to being very experienced thanks to his many years as a pirate, he seems to have a better understanding of Devil Fruits than most people, as evidenced by his mastery of his Logia-type powers, he also revealed that the Jailer Beasts were actually "Awakened" Zoan Fruit users at a time when no one around them had realized that they were Devil Fruit users.

Crocodile ate the Suna Suna no Mi, a Logia-type Devil Fruit that allows him to create, control and turn his body into sand, he has mastered his skill to the point of perfection and can reflexively turn to sand if attacked; this became especially obvious after Doflamingo cut off his head while he was distracted. While in a desert area, his powers make him nearly invincible, Crocodile has the ability to create massive sandstorms, make various melee weapons out of sand, and create quicksand (given the presence of a nearby underground channel), he can also create powerful sandstorms that grow in power until Crocodile himself is unable to stop them.

Crocodile can absorb all moisture from any object, living or non-living, by touching it with his right hand.

Crocodile is formidable in melee combat using a grappling hook, he fought using only his grappling hook for most of his third fight with Luffy, only resorting to his Devil Fruit powers when he finally accepted that things weren't going in his favor. His hook is mainly made of an extremely tough and tough gold alloy, which makes it corrosion resistant, his durability proved especially impressive when he took no visible damage from Mihawk's Yoru as Crocodile defended Luffy from an attack. The golden part of the hook is hollow and can be removed to expose a poisonous hook hidden inside, this porous secondary hook releases a powerful scorpion venom, which is strong enough to melt rock and kill anyone with the effect of a single hit. 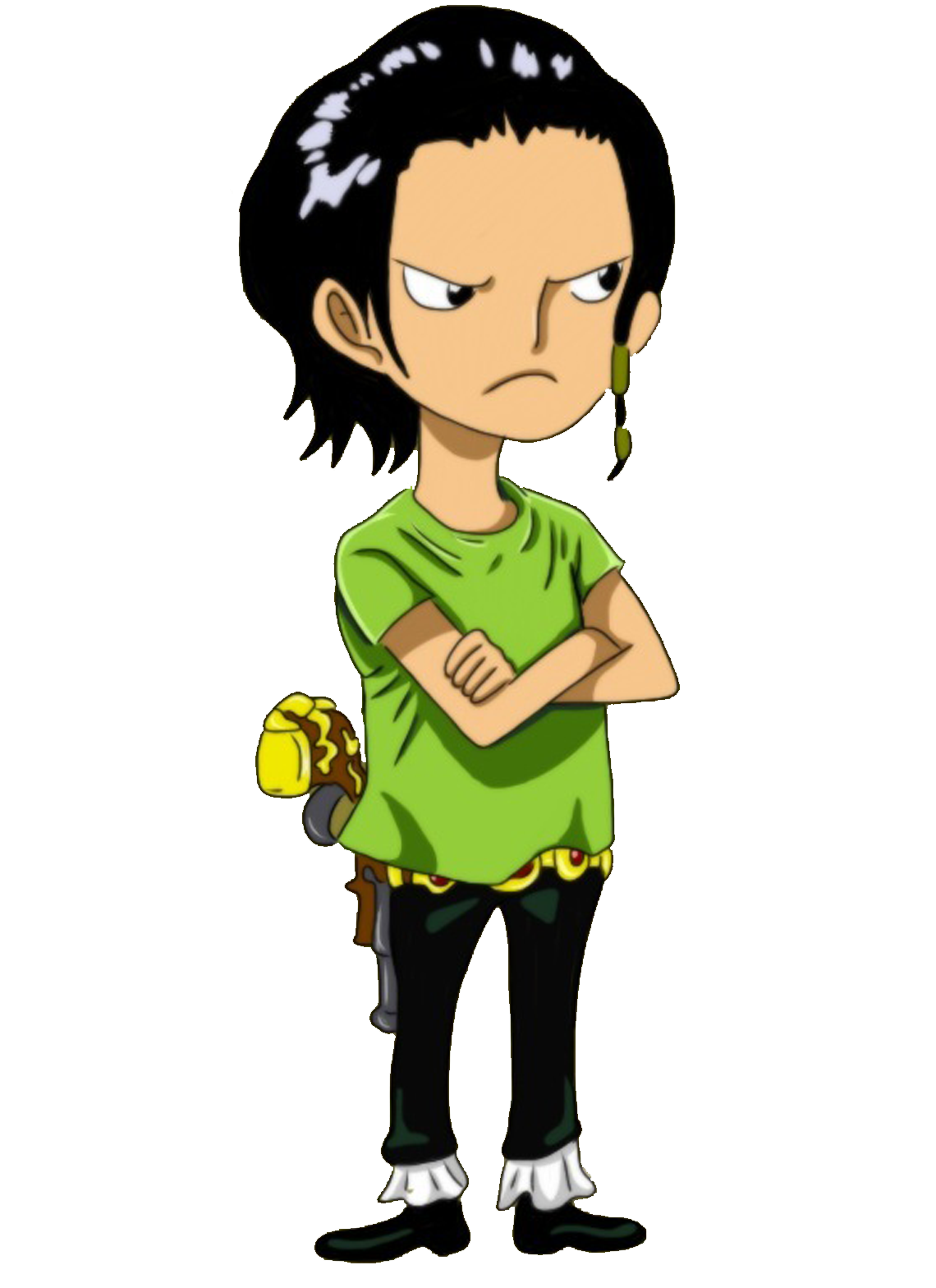 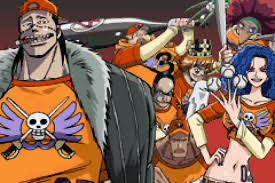 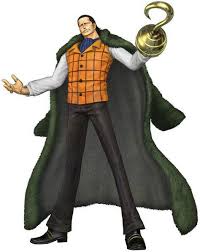 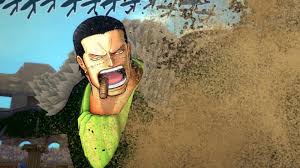