Pushing the Red Button
Dee Dee (born February 21, 1998) is a main character and the secondary protagonist in the series Dexter's Laboratory. She is Dexter's older sister, who is mostly seen destroying or ruining Dexter's lab in various ways.

She is two to three times taller than Dexter and has peculiar body proportions; a minuscule torso with a large head and gangly limbs, similar to a ballerina's. To complete the ballet look, she wears a rose/brink pink colored small tutu, white pantyhose and pink ballet pumps, which usually create a "squishy" noise while walking. She has a similar personality and hair color to her father. For sleeping she wears a pink nightgown, and she wears her hair down. For swimming she wears a pink one-piece swimsuit and a pink swimming cap with the initial 'D' on the front. She has fair skin, blue eyes and long blonde hair in pigtails. 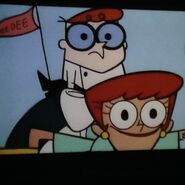 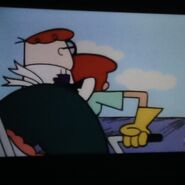 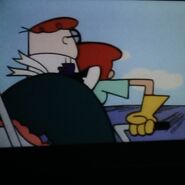 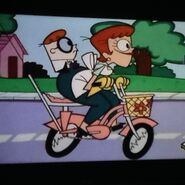 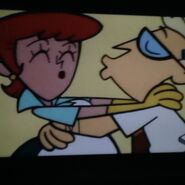 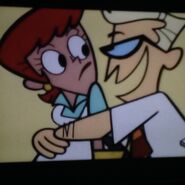 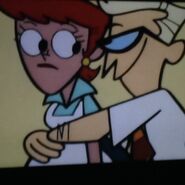 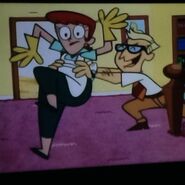 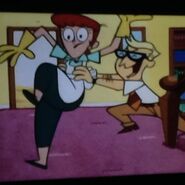 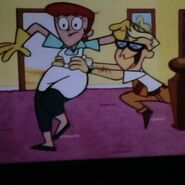 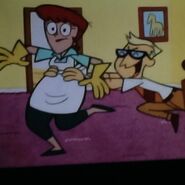 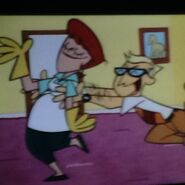 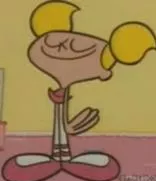