The prequel comic to the game Injustice: Gods Among Us sees Wonder Woman joining Superman's Regime after he is tricked by the Joker into killing his wife Lois Lane and their unborn child along with destroying all of Metropolis. An inquiring by the god of war Ares reveals Wonder Woman is secretly in love with Superman and hopes to one day be with him, though out of respect for Lois Lane she keeps her feelings hidden. She becomes more violent as the series progresses, at one point murdering a man in cold blood to prove a point. Near the end of the Year One series she is put into a coma after being caught in the explosion caused by Captain Atom's death. She is out of commission throughout all of Year Two, being taken by her mother to Amazon Island in the hopes she can wake up. In Year Three she is finally awakened when Hippolyta makes an unknown deal with Hera. Wonder Woman goes to see the rest of the Regime and is dismayed to discover all the changes that have taken place in her absence--namely that Superman is now wearing a Qwardian Power Ring. She convinces him to stop using it, as it goes against his persona of a symbol of hope. She later joins the Regime in taking on the Insurgency, dueling with Batwoman and the Huntress; Wonder Woman accidentally kills the latter during the skirmish, which she regrets. In Year Four she sees that Superman is beginning to look down on his own comrades and convinces him not to be arrogant, as it will cause his followers to stray. When the Greek Gods demand that Superman step down in his regime, Wonder Woman stands by his side until ordered to leave. She later feels betrayed when Superman makes a truce with Poseidon to sink the island of the Amazons in an attempt to get the army on his side if the Gods forsake them' Diana accuses him of letting himself be manipulated by people with their own agendas, and Superman begins to wonder if she is right. By the events of the game she is in a relationship with Superman as she has always wanted, but it is implied that Superman does not truly reciprocate her feelings (as he still loves his deceased wife). When she is confronted by her mainstream counterpart, the latter reprimands her for blindly following a man who does not feel as much devotion to her as she does him. Once Wonder Woman is defeated, she is taken away by her fellow Amazons to be imprisoned for her role in the Regime. 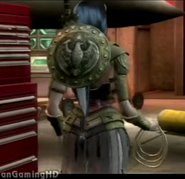 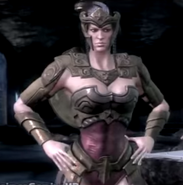 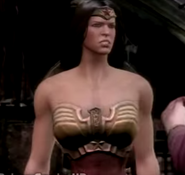 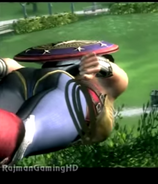 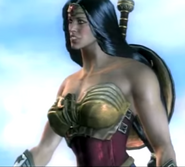 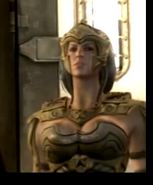