The Amazons of myth reside on Paradise Island, away from Man's world. Its queen, Hippolyta once sculpted a daughter from clay. The Olympian gods took pity and breathed life into the clay and created Diana. She was raised to be a leader; intelligent, beautiful and strong.

One day, Steve Trevor, an intelligence offier for the United States Army, crashed on Paradise Island. Princess Diana took care of the ailing Trevor and nursed back to health with the Amazon's Purple Ray. A tournament was held to decide which Amazon would escort the man back to the outside world. Though she was forbidden to participate, Diana secretly participated with a mask and won. After revealing her identity, Hippolyta relented and allowed her to escort Trevor back to civilization as Wonder Woman. She took on a secret identity as Diana Prince and but armed with bulletproof bracelets, the magical Lasso of Truth and Amazonian training, Wonder Woman soon established herself.

She joined several super heroes to defeat Starro the Star Conqueror. Afterwards they formed the Justice League. Years later, in the face of a parallel Earth in danger, Wonder Woman immediately believed the League should help. Upon teleporting to this Earth, the Justice League did battle with several members of the Crime Syndicate. Wonder Woman easily Sai and Vamp and later, Owlman in mid-air. She took his personal jet as a callback to her warrior heritage, justifying it as spoils the war. During a series of multiple attacks on Syndicate operations at once, Wonder Woman and Green Lantern arrived at a drug lab. While Lantern destroyed the lab, Wonder Woman fought its guardian, Olympia who was the evil analogue of herself. She eventually defeated Olympia with her own spear.

At battle's end, Wonder Woman noticed Martian Manhunter and Rose Wilson's relationship. She implored him to stay for love. Manhunter resigned himself to the mission of protecting his adopted home and parted ways with Wilson. The Justice League teleported into their Watchtower's Hangar Bay where her Invisible Jet awaited. 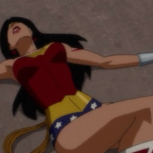 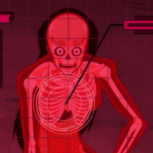 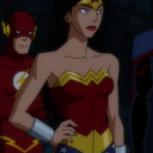 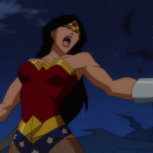 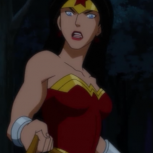 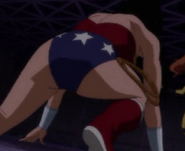 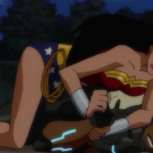 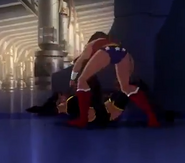 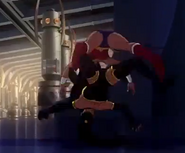