Princess Diana is the demigoddess daughter of Queen Hippolyta of the Amazons and Zeus. Among her many gifts, Diana had super strength, military prowess, and flight. As Wonder Woman, she is a leading member of the Justice League of America. She is armed with the Lasso of Truth, a lariat capable of compelling those held in it to tell the truth, and the Invisible Jet. One of her many enemies is the Legion of Doom member, Cheetah.

The Lasso of Truth is a weapon used by Wonder Woman. In addition to standard use in battle, Wonder Woman can also use the lasso to force others to tell the truth through magical means. After Karate Kid and Dawnstar broke into the Hall of Justice and fought Robin, Wonder Woman cut to the chase and wrapped the duo in the lasso. 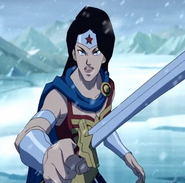 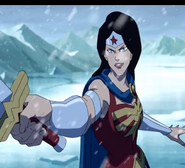 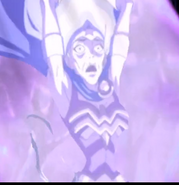