By the Green Fists of Smash!

He is the Leader of the Agents of S.M.A.S.H.

Hulk is a giant green monster with incredible super strength and a member of the Avengers. He is one of the heroes that lost their powers due to one of Doofenshmirtz's inators, Although he should have reverted back to Super-genius Bruce Banner when he was depowered, he did not which suggests he still maintained some of his gamma based powers though on a significantly smaller scale that was only enough to maintain the Hulk transformation. He along with the rest of the heroes later go to Phineas and Ferb for help.

Hulk was seen among the Avengers having fallen to Thundra from an alternate future timeline.

Hulk was seen in Manhattan on a rampage. When Mary Jane was recording the fight while Spider-Man had fought Hulk, the green brute mentioned about "energy man". In a safe place,MJ and Spider-Man had discovered that "energy man" was actually Zzzax, who was fighting Hulk this whole time. As the two continued fighting, Hulk threw Spider-Man, who retaliated by webbing the front of his face. Hulk warned Spider-Man to "turn on the lights" or else he would get more destructive. Hulk got the webbing off of his face and was shot at by police officers. This would further to prove that Hulk was misunderstood and only seen as "terrible" and a "menace" by everyone because of how he looks.

Teaming up with Hulk, Spider-Man had helped defeating Zzzax and protected Hulk from S.H.I.E.L.D. arrest. Before Hulk left, he commented that humans are dumb except for "bug-man". As Mary Jane questioned the Hulk, he said "Hulk hate interviews". then left.

Hulk loves to smash everything he wants to do. He has limited intelligence and seem has some traits in calling people names like he called Spider-Man "bug-man" and Zzzax "energy man". He has taken a liking to Spider man as a good friend because Spider man was the only one willing to believe Hulk was not randomly smashing the city when he was fighting Zzzax, who was invisible at the time and Spider man tried to understand Hulk. He also liked how Spider man smashed stuff and it was Spider man's recommendation that changed his mind and decide to join the Avengers (and he was still hungry). He disliked Nick Fury and S.H.I.E.L.D. because during their first encounter Nick thought he was wrecking the city and tried to capture and contain him. He also mentions he does not want to be locked away, indicating he may have trust issues and has had bad experiences with people trying to capture and experiment on him to study his powers. His trust issues are shown in "Home Sick Hulk" when Peter tries to hid Hulk in his house and away from Aunt May but Hulk said he couldn't trust Spider man all the way because Spider man was wearing a mask, forcing Peter to remove his mask and show Hulk his secret identity to prove to Hulk he could trust him. Hulk also sees himself and his secret identity Bruce Banner as a separate entity within him saying "Hulk is Hulk". After Mesmero's brain swapping on Hulk and Spider-Man then revert them back to their original bodies, Hulk gains an intellect thanks to Parker's IQ makes him very stable.

Hulk is easily the most poweful being on the planet, due to all of his powers increasing the madder he becomes. 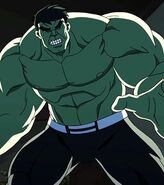 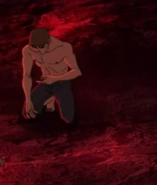 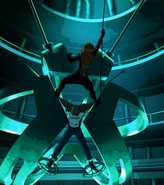 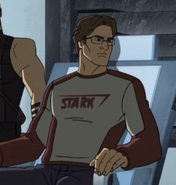