Xianb Wiki
Register
Don't have an account?
Sign In
Advertisement
in: Prodigy, Masters of Martial Arts, Gunslinger,
and 20 more

Fabiola Iglesias is the second maid of the Lovelace family.

She is called a mini version of the killer maid. Fabiola has most of the same mannerisms as Roberta, which includes using kind words. She is often made fun of because of her size and how she generally does childish things. She first appeared in Roanapur to seek out Rock for help in the retrieval of Roberta. Fabiola in battle uses a pump action China Lake Natic, MAG 7s and a shoe knife. Fabiola also uses a self-taught capoeira, which she combines with her gunplay.

In the Anime OVAs and the missing pages of Chapter 76, after Garcia "kills" Caxton, Roberta and incidentally himself,Rock reveals it was actually his plan, so he could save someone. Enraged, Fabiola shoots him with a fake bullet.

Her relationship with Garcia is very unclear, but it is assumed that she shares the same loyalty towards Garcia as Roberta. He looks at her like family, in a similar way to Roberta. 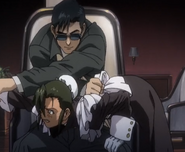 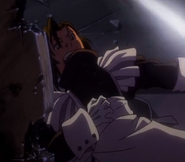 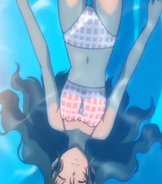 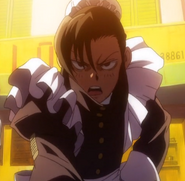 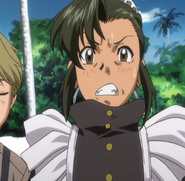