Genocide of the Saiyans

Frieza is a major and the most recurring antagonist in the Dragon Ball manga created by Akira Toriyama who also appears in the anime adaptions Dragon Ball Z (as the second major villain, and later as the final villain), Dragon Ball Super (as the second major villain) and several Dragon Ball Z movies, as well as Dragon Ball GT. Frieza is the galactic emperor of the seventh universe who controls his own imperial army and is feared for his ruthlessness and power. He is the descendant of Chilled, the second son of King Cold, the younger brother of Cooler, and the father of Kuriza. His name is a rephrase of "freezer."

As the strongest being in the universe during his time, Frieza is solely responsible for the destruction of Planet Vegeta along with almost all of the Saiyan race. He and his armies purge planets of life, and sell them to the highest bidders, or he may just blow it up. Frieza sees himself as the most powerful being in the universe, with no equal. Frieza's greatest fear was the Saiyan race, not only because they were the strongest species he had ever encountered by far in all the universe, but he also feared them because of an ancient legend among their people. Because the Saiyan race was already so powerful and great in number, Frieza could not believe how powerful a Super Saiyan might be, and so this is why he decides to destroy their planet. It was said that every few thousand years or so, a super-powerful Saiyan was born to their people, the legendary Super Saiyan. After he hears about the Dragon Balls, he travels to Planet Namek in order to wish for immortality. When he is on Namek he encounters Vegeta, Goku, Gohan, Piccolo, and Krillin. He has several forms in order to conserve energy, and rarely uses his true form. We see all of Frieza's transformations and he is forced to go to his highest level in order to beat the Saiyans. After a long battle, he is defeated, but not killed, by Goku. His father (King Cold) finds him, nearly dead, floating near the remains of Planet Namek and takes him back to his planet in order to save him. After being restored with robotic parts, Frieza and his father travel to earth to exact revenge on the Saiyan that beat him and it is there that Frieza finally meets his end by the blade of Trunk's sword. After Frieza is killed King Cold tries to recruit Trunks to work alongside King Cold as partners. Trunks obviously refuses and kills King Cold easily.

Like his brother, father and ancestor, Frieza's name is a pun on all things relating to the cold. As both Cooler's and Frieza's names end in a short "a" vowel (rather than the long "ā" which usually signifies "er" in kanaspellings on English words), Frieza's name is typically spelled with an "a" at the end (as opposed to "Freezer"). Logic would follow that the character's name should in turn be spelled in a similar fashion (as opposed to "Cooler"). Note that FUNimation Entertainment, the company responsible for Dragon Ball's production and distribution in North America and Australia, chooses to spell the name as Cooler (and Freeza as Frieza). It might also be a pun on him being more composed and serious than his brother, who would ergo be the "cooler" brother.

According to Vegeta, every. now and again you will run into one of those freaks out there in the Universe who can alter there shape in ways few would suspect. His kind for example they can modify there forms to conserve energy or just for camouflage. Frieza choices to keep his present form from running a muck.

His Second Form makes his first form look like a Sleeping Cat. According to Frieza it is hard work keeping such raw power tied to a lesh. Tends to get away from me but i guess that is the nature of the beast when you are holding back a Power Level of 1 Million. 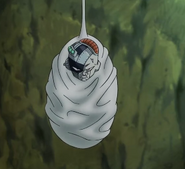 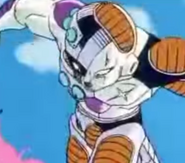 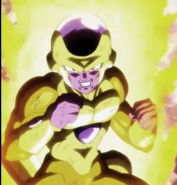 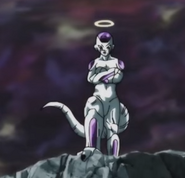