Frieza's revenge was a conflict fought between the forces protecting Earth, and Frieza's army. The conflict's final resolution came with the death of Frieza.

Peace has returned to Earth following the battle with Beerus the God of Destruction in the previous movie, while the deceased Frieza is trapped in a cocoon in Hell being tormented by the Angels of Hell.

With their power dwindling due to the absence of their leader, the remnants of Frieza's army are led by an alien named Sorbet, who decides to revive their master. He then sets off to Earth with one other minion, Tagoma, where they convince Emperor Pilaf, Mai, and Shu, who have collected the Dragon Balls to let them summon Shenron instead. As Shenron is unable to fully revive Frieza, he brings him back to life in pieces, and his minions put him together using their advanced technology. Shu uses Shenron's second wish for a million zeni, which irritates Sorbet (as he had been planning on reviving King Cold as well) but he allows Pilaf's gang to live, and both teams go their separate ways. As soon as Frieza's body is regenerated, he emerges in his first form and announces to his soldiers that he will not be satisfied until Goku and Future Trunks have both been killed. Tagoma suggests to Frieza that he should just ignore Goku and the other Saiyans. Frieza, irritated, throws Tagoma out of the spaceship with Psychokinesis (similar to the attack from I Won't Let You Escape with Your Life! except without the explosion). Sorbet informs Frieza that they haven't been able to locate Future Trunks in all this time and that Goku's power has surpassed that of even Majin Buu, which is far more than Frieza could have ever imagined. But due to him being a prodigy, Frieza states that through several months of serious training, he will be able to unlock his dormant power and would be able to wipe out the Saiyans in the blink of an eye.

Jaco the Galactic Patrolman travels to Earth to warn Bulma that Frieza is approaching. In response, Bulma tries to contact Whis by sending him a message by using a strawberry sundae. Without luck, Bulma contacts the Z Fighters in order to fight Frieza. Gohan doesn't tell Goten and Trunks about the fight, because he feels they might do something rash. Yamcha and Chiaotzu (who sensed Frieza's revival earlier) are asked by Tien Shinhan to stay away from the fight as he fears that Frieza's new power may be too dangerous for them to handle. Majin Buu is also absent, for he is in a deep sleep. Goku and Vegeta are training on Beerus' planet with Whis, unaware that Frieza has been revived.

Gohan, Piccolo, Tien Shinhan, Jaco, Krillin, and Master Roshi clash with an army of a thousand of Frieza's soldiers, led by Sorbet. All are defeated, with Gohan defeating Shisami, and Frieza destroys his entire army (with the exception of Sorbet) as punishment for their failure. Frieza's power in his first form is said to be in a different league than the Z Fighters present on Earth, for he was able to knock out Gohan with a single blow to the stomach.

Bulma's message eventually reaches Whis, and Goku and Vegeta travel back to earth to fight Frieza. Whis and Beerus join them in order to eat a strawberry-flavored dessert Bulma has prepared for them. Before the fight begins, Frieza transforms straight to his final form, but is no match for Goku, who doesn't even have to turn Super Saiyan. Goku then transforms into Super Saiyan Blue and Frieza transforms into a new "Golden Frieza" form. After Frieza's power drops immensely due to the fact that he didn't get used to his new form, Goku ultimately gains the upper hand, but when he inevitably defeats Frieza he is blasted in the chest by Sorbet leaving him terribly wounded. Frieza stands over the nearly incapacitated Goku and offers Vegeta a chance to kill Goku for him in exchange for his own life. Vegeta refuses, and tells Krillin to revive Goku with a Senzu Bean. As the latter moves to do so, Frieza attacks him, but Vegeta intercepts and deflects Frieza's attack towards Sorbet, which kills him. Vegeta then transforms into a Super Saiyan Blue as well, much to Frieza's shock. Vegeta attacks Frieza, eventually causing him to revert to his final form, who then realizes that he cannot win. Before Vegeta can deliver final blow, Frieza decides to destroy the planet, killing Vegeta in the process.

Earth is destroyed, but Whis manages to save himself, Beerus, Bulma, Krillin, Gohan, Goku, Master Roshi, Piccolo, Tien Shinhan, and Jaco by creating a small bubble around themselves. While Bulma despairs, Goku expresses his regret that he didn't kill Frieza when he had the chance. Whis tells him that he has the power to redo time but only three minutes into the past. He does so, and they arrive back right before Frieza destroys the Earth. Goku immediately attacks with a God Kamehameha and kills Frieza. Once Frieza returns to Hell, he is mocked by the Angels of Hell, who welcome him back.

The film takes place six to ten months after the events of Dragon Ball Z: Battle of Gods, in June of Age 779, since just after Pan is born, Frieza comes back to life and decides to train for a period of four months to achieve a new evolution form. Also, the events are stated to be set five years before the 28th World Martial Arts Tournament, in Age 784. Serving as a sequel to Dragon Ball Z: Battle of Gods, it is placed between the chapters 517 and 518 of the manga. 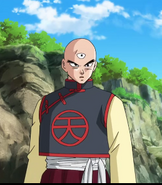 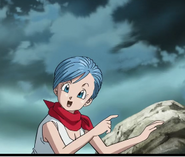 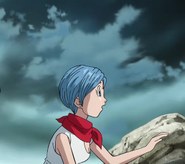 Add a photo to this gallery
Retrieved from "https://xianb.fandom.com/wiki/Frieza_Force_2nd_Invasion_of_Earth?oldid=411688"
Community content is available under CC-BY-SA unless otherwise noted.