Guren is a kunoichi from Otogakure and the leader of a group of Orochimaru's subordinates, possessing the unique Crystal Release kekkei genkai.

As a child, Guren came from a small village where she was shunned by others because she had unique powers. Later, Orochimaru appeared and destroyed the entire village single-handedly. He was intrigued by Guren's powers and offered for her to come with him. Guren chose to follow him because she envied his power.

At some point, Orochimaru sent her to destroy another town in order to test her potential. However, after doing this she passed out, due to the over-usage of her powers. When she woke up, she found herself to have been healed by a woman, who she would later discover to be Yūkimaru's mother. Guren returned to Orochimaru but, in order to keep his approval, she was forced to kill the woman. Wanting Orochimaru to accept her, she sadly killed the one who had cared for her.

Guren quickly became one of Orochimaru's most powerful and loyal subordinates. Eventually, she was offered the chance to become one of Orochimaru's future vessels. When Sasuke Uchiha defected from Konohagakure and Kimimaro was no longer a suitable vessel for Orochimaru, Guren became the next best choice in Orochimaru's eyes. Unfortunately, by the time she arrived, Orochimaru couldn't wait any longer and instead chose Gen'yūmaru. She was also told that Sasuke would be the next vessel after Gen'yūmaru. Feeling no longer of use to Orochimaru, Guren went into isolation.

Even Sais Super Beast Scroll was Crystallized. They found that even the insects bodily fluids were Crystallized. Her Crystal Style can't work on Chakra. After the Insect was Captured by the Crystal Style Jutsu it shattered in my hand and yet Hinata survived. Its true the same thing happened with those Crystals we encountered. They shattered. When I saw that I was about to be hit by her Jutsu I released Chakra from all my Chakra Points at once and surrounded myself with a Barrier. 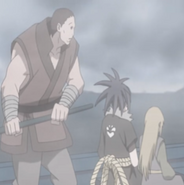 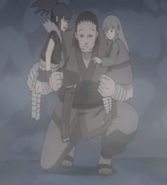 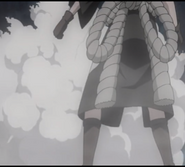 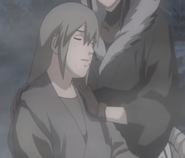 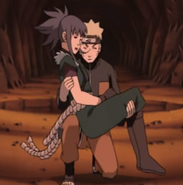 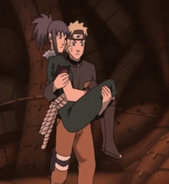 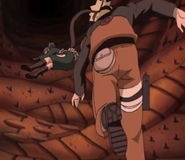 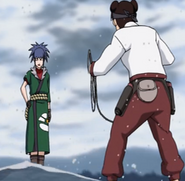 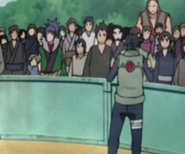 Add a photo to this gallery
Retrieved from "https://xianb.fandom.com/wiki/Guren?oldid=408463"
Community content is available under CC-BY-SA unless otherwise noted.