Gwendolyn "Gwen" Tennyson is a Human/Anodite hybrid Plumber, the paternal cousin of Ben Tennyson, and (along with Kevin Levin) was a front line member of his team during the first 3 shows. Gwen was first introduced when her parents sent her on a summer-long road trip with her Grandpa Max and her cousin Ben. She has, as Verdona refers to it, "The Spark".

In Ben 10: Omniverse, like her boyfriend Kevin, sixteen-year old Gwen is a recurring character rather than a main one, as she went off to an Ivy League college, but visits occasionally.

In the original series, Gwen went on a road trip with Grandpa Max and her cousin Ben. She and Ben constantly argued (like about Ben misusing the watch or about Gwen's powers) however they were shown to deeply care for each other. Gwen also shows deep affection for her Grandpa.

Gwen also uses newspapers and her laptop to research any strange people and creatures they might come across. She is a capable gymnast and has had some training in martial arts.

In Ben 10,000, her future self says she got her black belt years ago and it's come in handy many times. She has also shown an almost innate skill in using various complicated devices or objects, such as in the "What If?" episode Gwen 10, when Gwen gained the Omnitrix instead of Ben and proved to be far more adept in its use than he initially was, even being able to write her name with fire while Ben took a month to be able to do it.

She is depicted as snobbish due to her young girl attitude. Overall, her most notable skill is her innate, if latent, ability at magic. Having within her what Charmcaster calls a "magical aura", Gwen is capable of using various magical artifacts, charms, talismans, and spells. When using the magical, luck-giving Charm of Bezel, she was able to activate it instinctively, whereas Hex did or could not. Later on, when she takes and uses his staff, she was able to make it fire a yellow-colored energy blast (according to Charmcaster), only someone of Hex's skill should have had that ability.

Gwen starts tapping into magical powers when she procures a small book of spells from Charmcaster in the episode A Change of Face. On two occasions, Gwen uses the Charms of Bezel's incredible and unique powers and abilities to become a superhero by the name of "Lucky Girl". At first, her ability drew from the luck-granting, Charms of Bezel, which innately gave her perfect luck and the abilities and powers of probability manipulation. While wearing the charm, any action she took would result in a Rube Goldberg-style chain reaction benefiting her original intent, but usually injuring Ben in the process. She later brought back her superhero identity after obtaining the legendary Keystone of Bezel, which greatly strengthened and increased her natural abilities to super human levels rather than just affecting her luck. Both times, Gwen was forced to retire when the Charms of Bezel were destroyed. Gwen has also appeared to have two swimsuits; one which appeared in Divided We Stand and the other appeared in A Small Problem.

In Perfect Day, a superhero form was given to her by Ben as a form of petty torment while they were inside Ben's dream battling his imaginary bullies. In this form, she only exhibited the power of enhanced biting. Ben called her Ultra Rat.

Gwen forms a rivalry with Charmcaster during the series.

Five years prior to OmniverseEdit 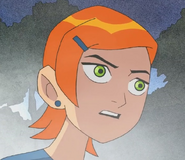 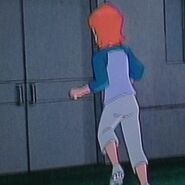 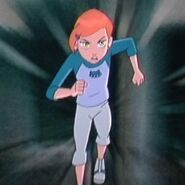 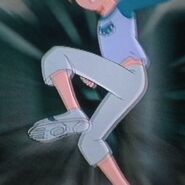 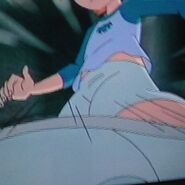 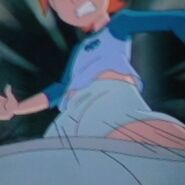 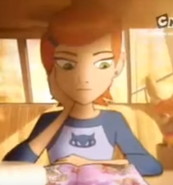 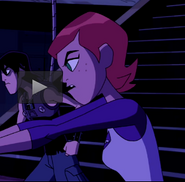 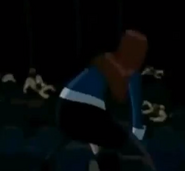 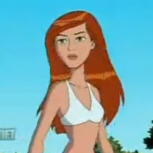 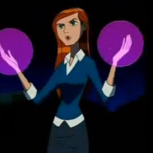 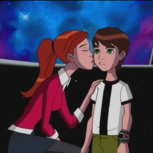