Hera Syndulla was a Twi'lek female rebel who lived during the reign of the Galactic Empire. Syndulla was the daughter of the Twi'lek revolutionary Cham Syndulla.An adept pilot, Syndulla was the owner of the VCX-100 light freighter Ghost. She kept a secret blaster in her boot and was close with Kanan Jarrus, whom she convinced to become a rebel.

After raiding an Imperial supply depot, the lives of the Ghost's crew were left in jeopardy, with four TIE Fighters circling the ship. After taking a hit, the ship's comms and shields were fried. Hera then sent Chopper to fix the shields. Moments later, the comms between Hera and Kanan were disabled. Hera then sent Chopper to fix the connection, leaving the shields still down, and to tell Kanan to shoot better.

When Chopper arrived below Kanan's turret, he was sent back to Hera to finish fix the shields, as well as to tell Hera to "fly better".

Back in the cockpit, Hera took Kanan's remark to heart, and proceeded to carry out some difficult maneuvers. After evading the fighters, Hera used the ship's nose turret to take out a TIE Fighter, reducing Kanan's targets by half. After finishing off the last Fighter, the three of them met in the ship's cockpit, where they praised each other's shooting.

She mainly wore a tight orange jumpsuit and a pair of flight goggles on the top of her head as she was the Rebels' pilot. 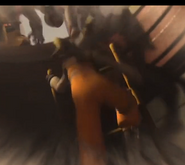 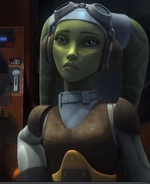 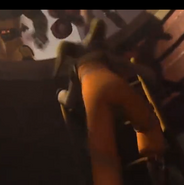 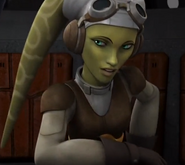 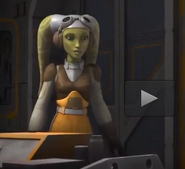 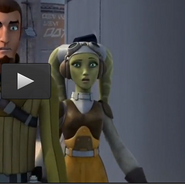 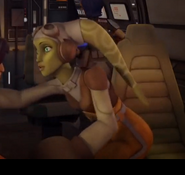 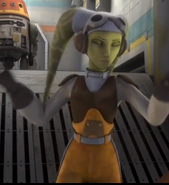 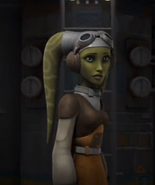 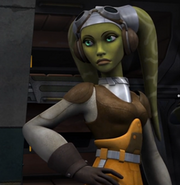 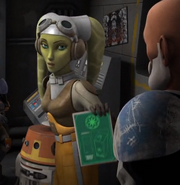 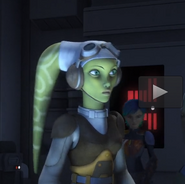 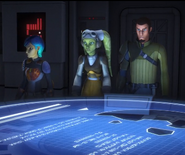 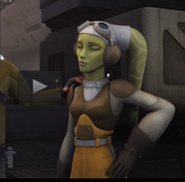 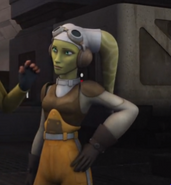 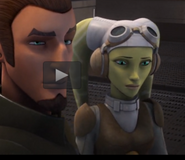 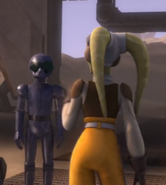 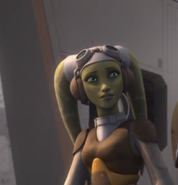 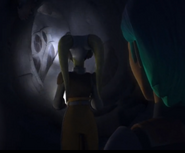 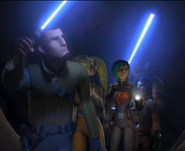 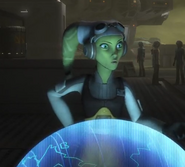 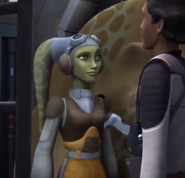 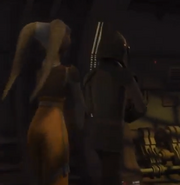 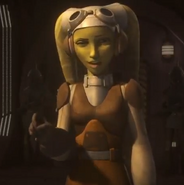 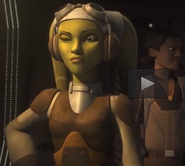 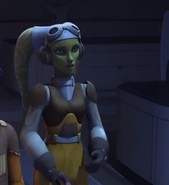 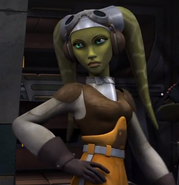