This White Zetsu is a Clone of Hinata Hyuga. He/She appeared in the episode White Zetsus Trap.

Team 8’s Kiba, Shino and Hinata investigate a cave where a barrier that protects them, now had an opening. In the cave, White Zetsus ambush them and they hold off until the Sealing Corps arrive. As the Sealing Corps is about to seal the cave and Team 8 escapes, White Zetsus try to follow and Kiba fights back. The White Zetsu accidentally bumps on an oil lamp and the flame lands on an oil connecting to the Paper bombs triggering an explosion in the process. After the explosion, Team 8 regroups and notices the deaths of the Sealing Corps.

She can absorb a person's Chakra. 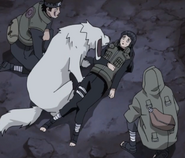 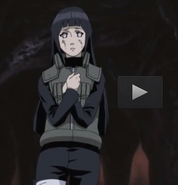 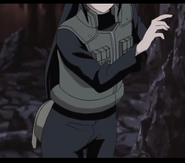 Add a photo to this gallery
Retrieved from "https://xianb.fandom.com/wiki/Hinata_Hyuga_White_Zetsu_Clone?oldid=367804"
Community content is available under CC-BY-SA unless otherwise noted.