Honey (ハニー Hanī) is Dandy's "friend" and a bubbly waitress who works at the BooBies restaurant that Dandy visits frequently.

Honey has wavy blonde hair which is held back by a purple headband. While working, she wears a skimpy outfit consisting of a pink and white top, and matching shorts with a clip-on order board. She wears yellow shoes, with knee length socks and Playboy Bunny-esque cuff links. She has a star shaped shine in her eyes, as opposed to the circular shine every other character has. She has a white choker necklace around her neck.

Honey is a cheerful girl who always has a smile on her face. Though she acts like a dumb blonde, she is far smarter than any of the protagonists. Honey is also stronger than she appears, as she was able to perform a Piledriver on Dr. Gel without much effort despite the massive difference in size between the two. 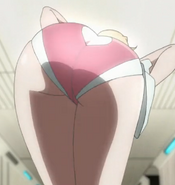 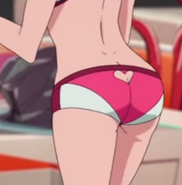 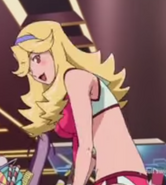 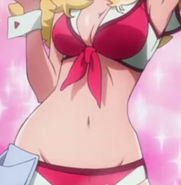 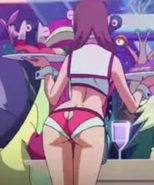