Xianb Wiki
Register
Don't have an account?
Sign In
Advertisement
in: Waterbender, Homo Sapiens Superior, Army of Light,
and 18 more

Hotaru met Utakata after he saved her from a group of ninja who were actually after him. After the battle, Utakata was wounded and collapsed after it and Hotaru ran to her fort to get help to save him. After Utakata was healed, Hotaru asked him to become her teacher, much to his dismay. He reluctantly began to teach her by standing on water first, believing that she wouldn't master it. However, the next morning, she showed him that she was able to stand on top of the water by training all night. Next, Utakata taught her Water Release: Wild Water Wave, once again believing that she would not be able to master it without water-nature chakra only to discover she possessed water-nature chakra.

When the Magaki group came looking for the Tsuchigumo clan's kinjutsu, Tonbee had Hotaru, along with Utakata, take the clan's kinjutsu so that ninja could not retrieve it. While travelling, Utakata got upset at Hotaru for calling him master (師匠, shishō), at which point Naruto arrived, believing Utakata to be attacking Hotaru. Hotaru broke up the fight and Utakata left her, deciding that Team 7 would be capable in protecting her. As she watched him float away in a bubble, she tried to convince him not to leave, but was unsuccessful in doing so.

While on the way to the Tsuchigumo village, Naruto argues with her only for Yamato to devise a plan to convince Hotaru to accept their protection. Using his unique technique, Sai drew mountain leeches to fall on Hotaru, who was scared enough for her to accept Team 7's protection. When they reached the village, Team 7 leaves Hotaru with Tsuchigumo clan and Hotaru thanks Naruto before he leaves.

She is then brought to a personal room, unaware that the village had already betrayed her to the bandits from earlier. After tricking them with a bomb disguised as the secret technique scroll, she retreated into the forest, where she was soon captured again. Fortunately, Utakata arrived and successfully escaped with her. Later, sure that they were safe, Utakata had them land by a waterfall. While Utakata merely insisted he was interested in the secret technique, Hotaru was sure that he did to save her. Once again, Hotaru begged Utakata to take her on as student, despite his obvious refusal. When asked why she was so determined to learn under him and protect the scroll, Hotaru explained that it was the final wish of her grandfather and first master as it was this technique that could help restore the Tsuchigumo clan. To better illustrate her point, Hotaru stated that she wanted to show him all of her and partially removed her robe to show Utakata something on her back, which horrified him. Before they could continue talking, the Kiri hunter-nin arrived and took Hotaru hostage. While Utakata was distracted, the Anbu acted quickly and restrained him. It was then revealed that Utakata was a missing-nin from the Kirigakure who killed his former master. Fortunately, Naruto arrived and took out one of the Anbu with a clone.

As the fight appears to be a stalemate, the Kiri Anbu captain appears. Not wanting things to escalate into an all-out war between the Kiri and Konoha, he strikes a deal with Yamato's team, agreeing to let Hotaru go free in exchange for Konoha's promise to hand over Utakata after their mission is done. Along the way to a new safe zone, Hotaru begins thinking about what she heard from the Anbu about Utakata. Seeing her uncertainty, Naruto insists that it doesn't matter what personal faults. Naruto tells her how he can relate as he never knew his parents, but has come to respect and look up to Jiraiya despite his questionable antics. Hotaru is relieved to hear this, now determined again to learn under Utakata. Suddenly, she collapses from a fever. While Utakata tends to her wounds, it is revealed that like Naruto and Utakata, Hotaru was also forced to literally carry a huge burden, as her clan's secret technique was fused into her back.

While Naruto was furious at this, Hotaru insisted that she asked for this burden, in respect for her grandfather's single dream to restore their clan's glory. When reunited with Tonbee and Sakura, he himself admitted that by now the clan's power had probably weakened too much to ever rise again. He offered to end the possible danger of the kinjutsu by removing it from Hotaru's body and destroying it. Hotaru initially refused the idea, feeling that it would make all her grandfather's efforts for nothing, but Utakata slaps her, and was concluded to made her see that she couldn't restore their clan with such a destructive technique. While willing to accept this decision as a final act, she offered one other possible solution, to search for a man named Shiranami, who was an immensely gifted ninja who studied En no Gyōja's teachings and could be of great help. It was then decided that Naruto would attempt to find the man in two days while preparations for removing the kinjutsu were made. Later to her dismay, Utakata suddenly leaves. Not wanting him to leave her, Hotaru goes off to find him. Along the way, she runs into Shiranami himself. He sympathises with Hotaru's loneliness and desire to restore their clan. After being convinced not to destroy the technique, she decides to write a message to Tonbee. However, Shiranami reveals his true colours and knocks out Hotaru, taking her back to the Tsuchigumo village, which he already took over by branding the villagers with his fūinjutsu. Shiranami then begins the procedure to unseal the clan's technique.

When Utakata and Naruto arrived, Shiranami had already used a word-bind control on Hotaru, and begins to gather natural chakra to destroy the Tsuchigumo village and everyone in it. However, Shiranami decided to test the kinjutsu's abilities first, and sent Naruto and Utakata flying into rubble. Releasing his control on Hotaru for a brief moment, Shiranami gloated at the power of the kinjutsu, while Hotaru was heartbroken, thinking that she had killed Naruto and her master. She then resolved to allow herself to die with the technique, unable to bear the thought that she had betrayed Utakata. As Shiranami fled when the kinjustu absorbed more chakra than it should, Naruto went after him and left Utakata to save her. He succeeded as Naruto returned, reuniting with his friends.

Later, Hotaru and Utakata leave for training, and Utakata told Hotaru to wait for him at the place they first met. When he tried to find Tsurugi and his men, he ran into Pain and his Six Paths. Unfortunately, after being defeated by them, he does not return, and as Hotaru blithely danced amongst the flowers waiting for him, a plethora of bubbles erupted over her as she laid down. She gazed into one in her hand, unaware that her beloved master would never return.

Hotaru is shown to be a determined individual, as she asked for the kinjutsu to be implanted on her back in order to continue the legacy of her clan and she is somewhat independent as she initially declined help from Naruto. She is also persistent about her goal, endlessly practising techniques taught to her by Utakata until she held basic mastery of them.

Hotaru is a young woman with dark-green eyes, a widow's peak, and blonde wavy hair that goes past her shoulders. She wears a light-violet and white top, black shorts, a black skirt, black high boots and light violet wristbands. She is rather short, as shown when standing in front of Naruto.

While only trained in some basics of ninjutsu from her grandfather andTonbee, Hotaru has shown to have a natural talent for the art. During Utakata's repeated attempts to make her give up on training under him, he ordered her to first master some basics in chakra control and techniques. In a short amount of time, without any real instruction, she was able to succeed in them. She is also shown to have an affinity towards water-chakra, much to Utakata's dismay. Under Utakata's "tutelage", she learned how to use the Water Release: Wild Water Wave. 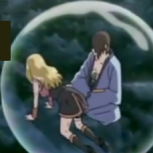 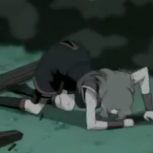 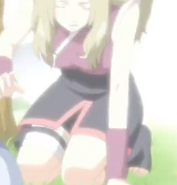 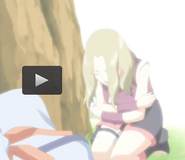 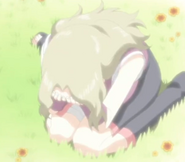 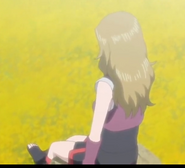 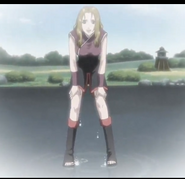 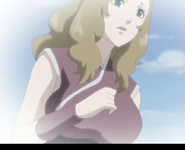 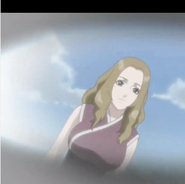 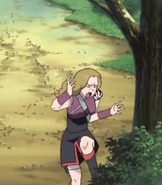 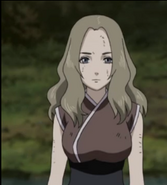 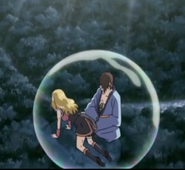 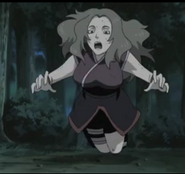 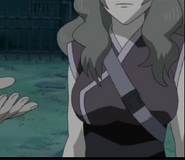 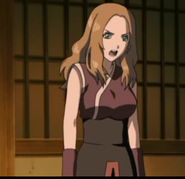 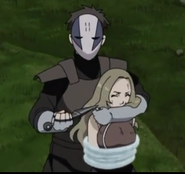 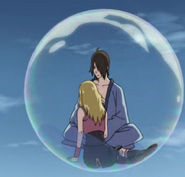 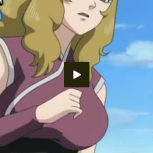 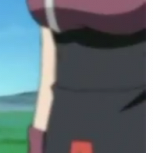 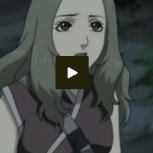 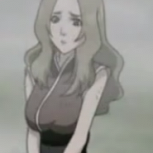 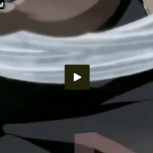 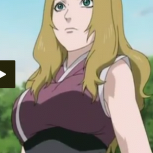 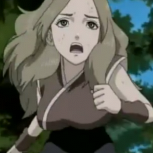 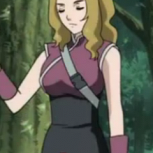