Jane Porter is the deuteragonist of Disney's 1999 film Tarzan. She is an artistic animal researcher and the eventual love interest of Tarzan.

Daughter of Archimedes Porter and wife of Tarzan. Jane is married to Tarzan and they live in the very treehouse built by Tarzan's late parents. Throughout the series, Jane is shown to have adjusted quite well to her new jungle life with Tarzan, but often when she begins to miss her old life and England, she tries to get Tarzan to act more "civilized" which sometimes poses as a problem to Tarzan's morals. Her appearance and human actions often cause some members of Tarzan's Gorilla Tribe to have doubts about her and question Tarzan's "leadership". She is often the damsel in distress of the series, either being kidnapped or held hostage by the episode's antagonist, only for Tarzan to rescue her. 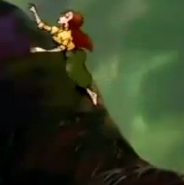 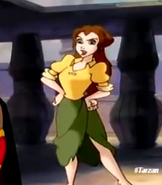 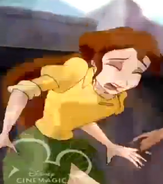 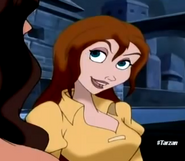 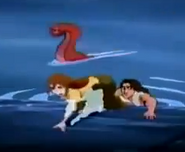 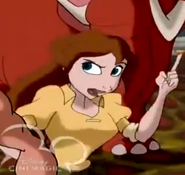 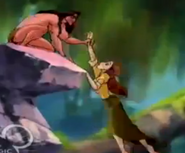 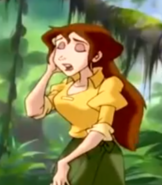 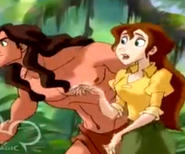 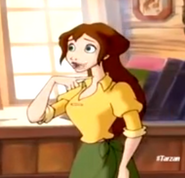 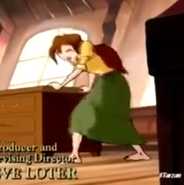