Kamiya Kaoru is the young proprietor and acting instructor of the Kamiya Kasshin style kenjutsu dojo in Tokyo and the female lead of the Rurouni Kenshin series. After meeting and being rescued by the rurouni Himura Kenshin, Kaoru allows him to stay in her dojo and effectively puts an end to his ten years of wandering with her kindness. Though their relationship initially begins as one of mutual gratitude and respect, Kaoru essentially serves as Kenshin's primary motivating factor and the anchor to his shattered self-worth, slowly becoming a love interest.

Kaoru is slender with a youthful, girlish face but has the lean build of a young woman engaged in regular physical activity. She has large blue eyes and her sleek, black hair (usually accented with a bluish or purple shine in the anime) hangs to mid-back length when worn down, but is usually tied in a high ponytail so as to accommodate her kenjutsu practice. Additionally, Kaoru sports a thick fringe of slightly curled bangs which hang past her eyebrows and are parted neatly in the middle as well as a few strands of shoulder-length hair in front of her ears. In training or combat, Kaoru dresses rather simply with a slightly worn, off-white uwagi and a hakama of a darker color (usually navy blue) while a sarashi wrapping covers and supports her upper torso.

In normal social settings, however, Kaoru displays a great fondness for fashionably colorful, patterned kimonos and always ties her ponytail with a large, colorful ribbon--her favorite of which is apparently a vibrant indigo-blue.

At the end of the manga series, Kaoru has cut her ponytail so as to carry herself with a more motherly demeanor.

Obstinate and strong-willed, Kaoru carries with her all the pride and strength of her samurai lineage and, as such, is often quite a force to be reckoned with. Fiercely independent, she will gladly put her blood, sweat, tears and even life on the line in order to protect her father's legacy, her hard-earned belongings, and her precious friends with her own hands. Believing wholeheartedly in the Kamiya Kasshin-ryū's ideal of katsujin-ken (swords that protect life), Kaoru has great faith in the potential, honor and artistry of kenjutsu and rejects with equal fervor the idea that swords exist only to do harm and take life--satsujin-ken.

Kaoru also has a fiery, violent temper which she displays without restraint when she feels that she has been slighted or insulted, often flying into a wild frenzy if her first blow does not settle the matter. Unfortunately, she is also quite childish and largely incapable of coming up with witty verbal retorts if struck with an insult that hits too close to her true shortcomings, further prompting her to violence. Even so, her most unique personal trait is that she is quick to see the good in others, even when it is hidden deep beneath the surface, and is always ready with a kind word of encouragement when she sees an opportunity to help. Her strength, like her father's kenjutsu philosophy, exists for the sake of the people around her and she will not hesitate to lend her samurai spirit to others in need. Though some may call her naïve for sticking to such a credo while surrounded by more selfish people in such trying times, her sense of duty and honor will not let her give up under any circumstances.

Despite her compulsion toward swords and her rough-handed nature, Kaoru also has a strong feminine side. She has a great appreciation for fine clothes and art as well as a strong taste for good food (particularly Western gyūnabe). Kaoru is unapologetic about her masculine athleticism, but worries about her looks, thinking herself too plain to be attractive. She becomes embarrassed and flustered when drawn into adult conversations and, though she waves aside the idea of being in a romantic relationship, she is particularly possessive of Kenshin and becomes markedly jealous when it appears another woman may be getting close to him. However, Kaoru remains shy and uncertain about her true feelings for Kenshin for much of the series, either becoming emotionally overwhelmed or putting on a thin mask of indifference whenever it is suggested that she and he may be an item. More than anything, Kaoru fears that Kenshin's hitokiri nature may resurface, forcing him to return to his wandering and leave her all alone once more. Faced with this possibility, Kaoru often finds herself at a loss when the "Battōsai" peeks through, her willpower giving way to despair and a sense of helplessness. With the help of her friends, however, she regains her strength in short order and discovers that she is the one who can have the biggest impact on Kenshin, and that she must be the one to keep his violent past in check. In the story, Kaoru is often compared to a tanuki (raccoon dog). 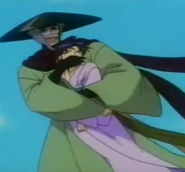 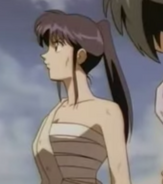 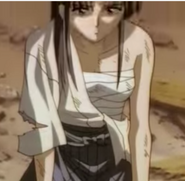 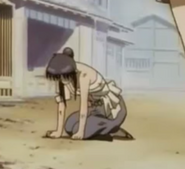 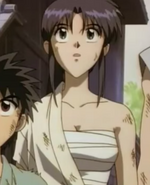 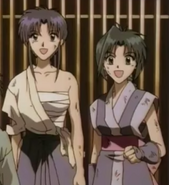 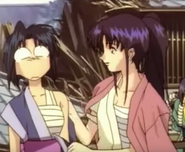 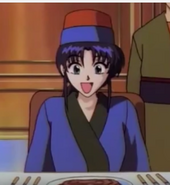 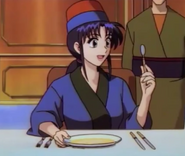 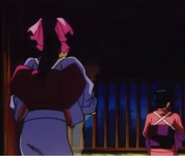 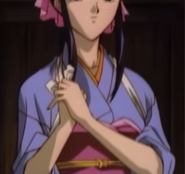 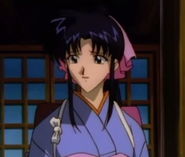 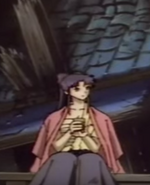 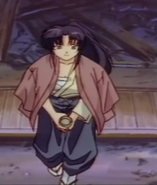 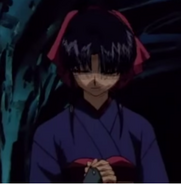 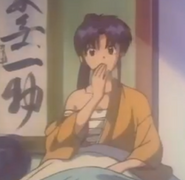 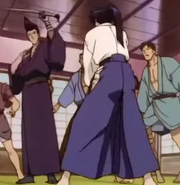 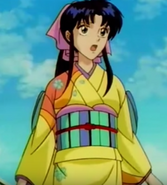 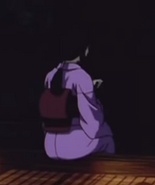 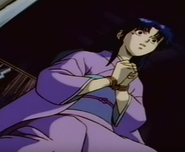 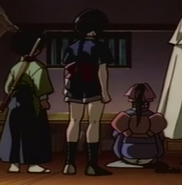 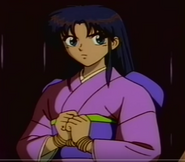 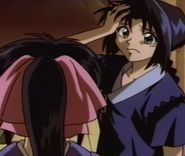 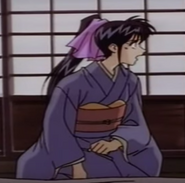 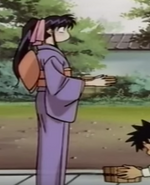 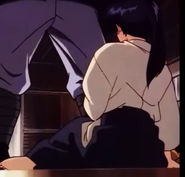 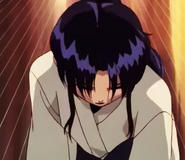 Add a photo to this gallery
Retrieved from "https://xianb.fandom.com/wiki/Kamiya_Kaoru?oldid=316185"
Community content is available under CC-BY-SA unless otherwise noted.