Batwoman is a vigilante operating in Gotham City. Katherine Kane is the daughter of Colonel Jacob and Gabrielle Kane. She had a twin sister named Elizabeth. Both seemed to have a talent for art in their youth. On their 12th birthday, Elizabeth and Katherine were kidnapped along with their mother and held for ransom. Colonel Kane led the rescue team but in the skirmish, Elizabeth and Gabrielle died. Katherine Kane eventually followed in her father's footsteps and enrolled at West Point. She was ultimately expelled. Something broke in her. Her life became a blur of sex, drugs, and techno music. The worse was she thought she could take care of herself. One night, while leaving Molly's Bar, she stubbornly tried to pass by four men in an alley. After elbowing the leader, she was thrown to the ground and held in a headlock. Batman arrived and dispatched the men. He held out his hand but she knocked it away. Batman remarked she was welcome and left the scene. Kane looked up at the Batsignal in the sky.

After that night, Kane swore she would never need Batman again or anyone to save her. She refused to be a victim to the animals in the world like her mother and sister. Two years later, she emerged in Gotham as Batwoman but kept a low profile. Not low enough. Batman kept tabs on Batwoman and even figured out her secret identity. He thought she was impressive but her methods posed a danger to the city. He had to either take her on as a protege or put her down. Batwoman's fighting techniques are mostly from Krav Maga while her primary weapon of choice is a military issue M-9 Beretta. In Batman's drug-induced hallucination, courtesy of the Court of Owls, he saw a nightmarish vision of the future. Batwoman was among the dead laying around Batman, an adult Damian Wayne.

Half a year after Talon lay siege to Wayne Manor, a turf war erupted between the Black Mask mob and a new rival gang composed of costumed supervillains. The gang kidnapped Chuckie Sol, one of Black Mask's Made Men, and interrogated him for information on an incoming weapons shipment. Batwoman intervened and bounced a Batarang filled with smoke off of Electrocutioner. She dispatched some armed men, some with her handgun. She held her own against Electrocutioner and Hellhound but Tusk knocked her to the ground. Batman suddenly stepped in and lectured her on the ramifications of dressing like a bat. He then ordered her to leave. Batwoman continued fighting Hellhound. Killer Moth dispensed several moth drones. Batwoman shot two down but her clip ran out. As she ran off, the drone latched onto her back and flew her into the warehouse nearby. She reloaded and blasted the drone point blank then fell onto the rafters. Firefly arrived and tossed out grenade cannisters. Batman tackled her out of the way and disabled Firefly with two Batarangs.

Batman and Batwoman soon encountered the Heretic and Onyx. Batwoman was no match for him. He grabbed her by the head and tossed her into the guard rail. Batman held his own against Heretic then Batwoman jumped him. Heretic threw her over the rafters. Batman snagged her leg with a grapnel line. On Heretic's orders, Onyx threw several knives into Batman then he triggered explosives. Batman swung Batwoman out the warehouse into the dock waters outside. She surfaced and saw the warehouse in ruins. For the next two weeks, Batwoman tried in vain to identify and find any information on the Heretic. She needed help. Kane met with her father at a cafe for dinner and caught him pouring liquor into his drink despite doctor's orders to give it up. She was convinced Batman died and shared a rendering she did of Heretic. Colonel Kane agreed to reach out to his network and look into the Heretic. They noticed the Batsignal in the night sky. Kane implied maybe Batwoman should answer the call. She declined. Not her style. She was shocked to see the Batmobile pass by the cafe and left to chase it.

Batwoman followed the Batmobile all night in order to verify her conclusions about Batman. She was lured into an alley where Batman and Robin confronted her. She quickly deduced that Batman was really Nightwing, much to Robin's delight. She then revealed witnessing Batman's death and retraced the battle at the ruins of the warehouse. Robin didn't believe her. Batman proposed they should work together but Batwoman had no interest in joining the "cult." She took off and glided back to the city. Alfred Pennyworth found Batman's video file on Batwoman and shared it with Dick Grayson and Robin. Pennyworth and Grayson were surprised and dismayed to learn Batwoman was Kane and was another motivated by tragedy. The next night, Batwoman met with her father in a park. He briefed her on the Heretic and his activity in the last 10 months creating a team of supervillains from Gotham's underworld. Batwoman didn't get what she needed and apologized. She left to figure things out on her own.

The next night, she went out to a bar to clear her head. Kane struck up a conversation with Renee Montoya and laughed for the first time in a long while. After a drunk woman brushed past Montoya to order more drinks, Kane noticed her holstered gun and asked if she was a cop. Montoya stated she was a detective. Kane had a hard time believing someone as hot as her was a cop then realized she said that out loud. Montoya was amused. Kane downplayed herself and revealed she hadn't dated in over a year. She suddenly received an anonymous text to meet on the rooftop across the street. Kane sighted Batman. Kane gave Montoya her card and admitted to really liking her. Batman called her by "Katey" to her surprise. He admitted not knowing long but the actual Batman knew from the start. Batwoman insisted she hadn't given up on the case. Batman agreed they all needed to take off their masks once in awhile. He revealed his secret identity to her. She immediately recognized him as Dick Grayson. Grayson admitted to having a crush on her after seeing her at the society bashes. Kane admitted she thought he was totally annoying.

Batwoman told Grayson about the night Batman saved her life. Grayson understood her drive but believed she didn't have to be alone. Batwoman then asked what it was like growing up with Batman. Grayson admitted as a child he idolized Batman and wanted to be him but as he got older, he realized Batman wore a lot of masks and there was just pain behind them. A pain he wouldn't share. Alfred Pennyworth alerted Grayson of Robin's sudden disappearance. Batwoman was surprised the butler was involved, too. Luckily, Pennyworth placed a tracker in Robin's suit. Batman and Batwoman followed the tracker to the Sisters of Perpetual Grace convent outside of Gotham. Somehow, he convinced her to switch to rubber bullets. They were met by nuns armed with M-60s and katanas. Killer Moth and Firefly appeared but were shot out of the sky by Batwing. After Batwing breached the front doors, Onyx attacked Batwoman. She took the fight to the bell tower. Onyx got Batwoman in a choke hold but she flipped Onyx over the edge of the tower as the structure began to collapse due to Killer Moth and Firefly's pursuit of Batwing.

Bruce Wayne was freed but he only ordered Nightwing and Robin back to city without so much of a thank you to Batwing or Batwoman. Batwoman took the hard drive recovered from the convent but was unable to access it. She turned it over to Batwing. A week after the battle, Wayne was not happy to hear she had the drive and ordered her off the case when she was done with it. Grayson broke the news to her but she revealed to him the drive was with Batwing. He tried to apologize but Kane said there was nothing to apologize for. She turned off the TV and saw her father aiming his gun right at her. She ran for the kitchen and kicked a cart into him. She tossed a frying pan and knocked his gun away. He pulled a knife but she in turn punched him then stabbed his right wrist with a butter knife. She finally knocked him out with a pan. When he came to, the Colonel had no memory of what happened. Batwoman met with Nightwing and Robin and told them about what happened. They realized Bruce Wayne told Talia about the hard drive.

Nightwing, Robin, Batwoman, and Batwing flew to the World Tech Summit and infiltrated the Watchtower Initiative but were soon discovered by Firefly. Talia demanded Robin to join her or die. The two sides clashed. Batwoman briefly fought Tusk then took on Talia one-on-one. Batwing and Firefly's battle outside damaged one of the thrusters and the Watchtower drifted into the city. As it brushed past a building, Batwoman seemingly perished. Talia left the scene to catch up to Batman. Batwoman dangled outside and made her way back inside. After Batman broke through his programming and saved Nightwing by shooting the sword out of Talia's hands, Batwoman rushed in and decked her for Colonel Kane. They watched as Talia made her escape aboard a transport only to crash into the waters outside Gotham. Back home, Kane relayed to her father that the brainwashing he endured was broken for good. He admitted he was proud of her and so would Gabrielle and Elizabeth. Kane got up to answer the door. Renee Montoya mused she came too early. Colonel Kane invited her inside. Some time later, Batwoman caught up to Nightwing on her motorcycle as they headed to the Gotham City Police Department headquarters to meet with Batman and Robin on the roof. Batwing flew past them both. Atop the roof, they noticed the Penguin was being chased by police cars. They joined in. 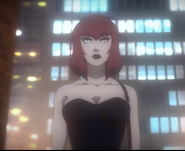 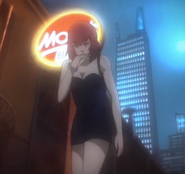 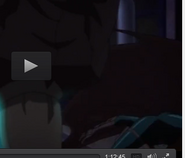 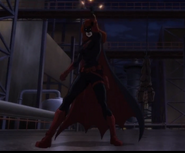 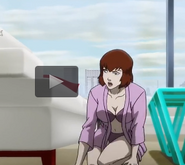 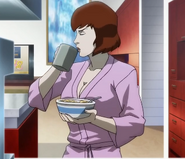 Add a photo to this gallery
Retrieved from "https://xianb.fandom.com/wiki/Katherine_%22Kate%22_Kane(Batwoman)_(New_52)?oldid=386819"
Community content is available under CC-BY-SA unless otherwise noted.