He is the Grandson of the Third Hokage Hiruzen Sarutobi, and uncle to Asuma Sarutobi.

Konohamaru participates in a meeting organized by Ebisu in Konoha of the remaining villagers, mostly including the children and wives. Ebisu attempts to rally everyone's’ spirits together in the event that rogue ninja should attack the village while their shinobi families are away at war, but the mothers scoff and claim that they will protect the village as they always have while their husbands fought.

According to Konohamaru he can throw the Rasengan with my hands but just barely. And to do it with your feet i don't know if it is possible. 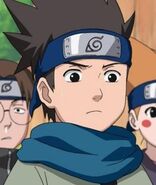 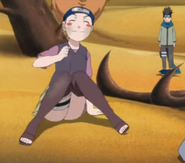 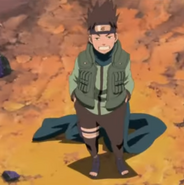 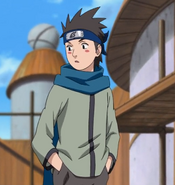 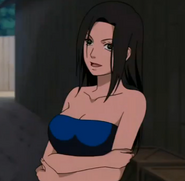 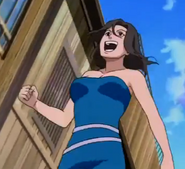