The Maiden of Revolution

Kudelia is a strong willed, courageous woman who is willing to risk her life to fight for her ideals and protect those precious to her. She has a great love for Mars and its people, causing her to start Mar's bid for independence from Earth. Her sheltered life gave her a somewhat naive perspective about the suffering of the Martian people. It was only after travelling with Tekkadan did she develop a greater worldly understanding of the problems Martians suffered. Throughout her time with Tekkadan, she develops close bonds with the mercenary group, especially Mikazuki and Atra.

She is a pacifist by nature, always looking for the best solution with the least bloodshed. She aspires to be a symbol of hope for the people of Mars.

She has an excellent academic record, majoring in history and economics.

Kudelia Aina Bernstein is the daughter of Norman Bernstein who represents Mars' Chryse Autonomous Region. Her mother is Norman's second wife, Tomomi Bernstein. In her second year, she visited Noachis as a representative of Chryse College and made a speech calling for cooperation between the various regions seeking independence. After this Naochis July Assembly, the independence movements were stirred up and she gained many followers among them. Chryse Guard Security, a private security company, was hired to escort her to Earth. This job was continued after the company was reformed into Tekkadan. 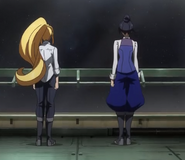 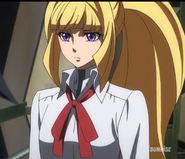 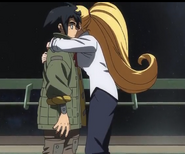 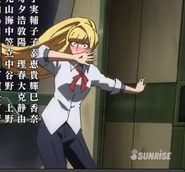 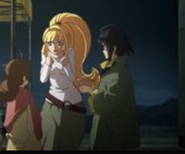 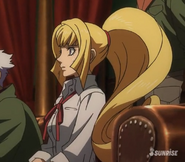 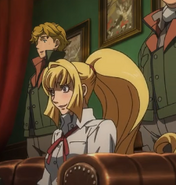 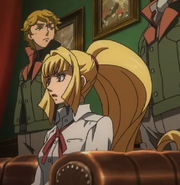 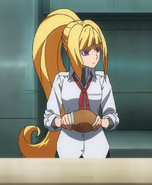