The Mother of Naruto Uzumaki, and the Wife of the 4th Hokage Minato Namikaze.

Kushina Uzumaki is the mother of the series' protagonist, Naruto Uzumaki, and the wife of the Fourth Hokage, Minato Namikaze.[ch. 382] She is a host of Kurama, immediately preceding Naruto.[ch. 499] Being a member of the Uzumaki Clan, Kushina possesses a special chakra that was distinguished even among her peers, causing her to be sent from her homeland to Konohagakure to be the host of Kurama, replacing Mito Uzumaki.[ch. 500] In Konohagakure, Kushina met with Minato who became Kushina's love after he saved her from a kidnapper, leading to their marriage.[ch. 498] During her pregnancy, she had to be sent to a secretive place during labor to prevent Kurama's seal being broken.[ch. 500] However, the place was subdued by Obito Uchiha, and he released Kurama who ran rampant on Konoha.[ch. 501] She and Minato both sacrifice their lives to seal Kurama's half to Naruto, while also placing some of their chakra to their son as a fail-safe if he would break the seal.[ch. 503] In Part II, Kushina's chakra appears during Naruto's subconscious battle with Kurama, helping her son to seal the fox and to tell him the truth behind Kurama's attack sixteen years ago.[ch. 497] Before disappearing, she thanks Naruto for forgiving her about the whole ordeal of the sealing of Kurama.[ch. 504] In the Japanese anime, Kushina is voiced by Emi Shinohara, voiced by Cindy Robinson in the English version before Laura Bailey took over the role since episode 246.

She is a former host of the Nine-Tailed Demon Fox. 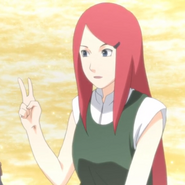 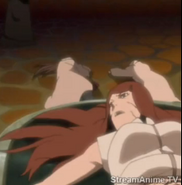 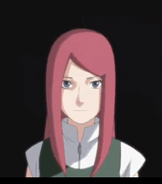 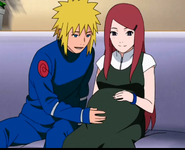 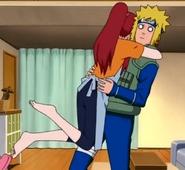 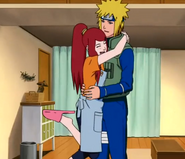 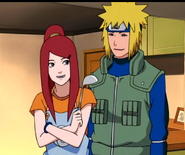 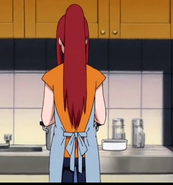 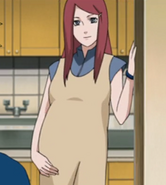 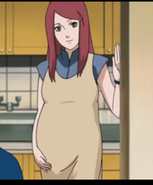 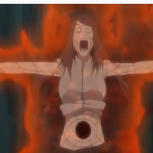 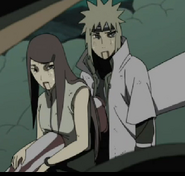 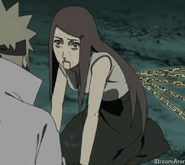 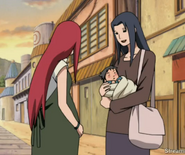 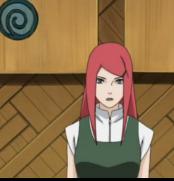 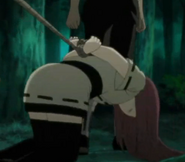 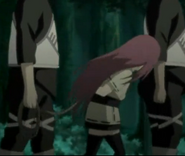