Chris Kent(Superman)
Jor-El (Justice League: Gods and Monsters) was a leading scientist from planet Krypton. He warned General Zod against drilling into the planet's core to fuel his war machine and presented data but it was discounted as inconclusive. Jor-El chose to ally with the ruling council instead of Zod. With the planet nearing its end, Jor-El made preparations to continue the Kryptonian species. He incorporated an Incubator Pod into a space ship. He finished setting his wife Lara's egg in the pod. All he had left to do was submit his genetic code through a fingerprint. General Zod stormed Jor-El's lab and shot his hand off. Zod mused they could have ruled Krypton together. Jor-El stammered Zod destroyed the planet despite everyone telling him not to drill into the planet. Zod told him to shut up and pointed his gun to Jor-El's head. Lara begged Zod to stop. Zod decided his seed had more precendent than Jor-El's and submitted his genetic code instead. They watched as the ship took off and they all ultimately perished in Krypton's destruction. 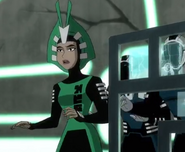 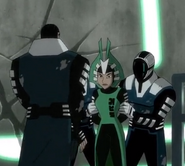