A character in King of the Hill.

Luanne (née Platter) is the Hills' college-age niece, daughter of Peggy's scheming brother Hoyt and his alcoholic ex-wife Leanne. Luanne moves in with the Hills after her mother Leanne stabs Hoyt with a fork during a drunken fight which tips over their trailer. Hank initially makes frequent attempts to encourage Luanne to move out on her own, but later more-or-less accepts her as a member of the family. She was a student at the beauty academy and later at Arlen Community College. She was often portrayed as an airhead, but was shown to be an expert mechanic in the first two se

asons and is good at logic puzzles. Luanne was promiscuous, but she settles down after being visited by the spirit of her first boyfriend, the slacker Buckley, whom she calls "Buckley's angel"; and then attending a church-sponsored "born-again virgin" program and starts a Bible study class. Luanne has success operating a "Manger Babies" puppet show for a Public-access televisioncable TV station. In the 10th season finale, Luanne revealed that she was pregnant with the child of Lucky, whom she married in the 11th season finale. In the 13th and final season, she has a baby girl named Gracie Margaret Kleinschmidt. She wears a green sleeveless shirt and red capris. 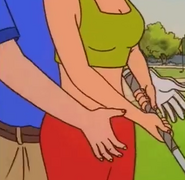 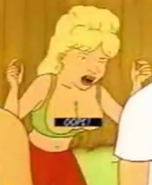 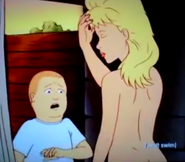 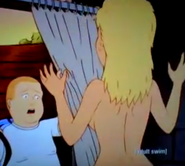