In the anime, Matsuri is a student of Suna's new ninja Academy. During a lesson about weapon-handling, Matsuri is the only member of her class to select Gaara as her instructor. Gaara, sensing her hesitation about using weapons, demonstrates how to use a jōhyō. He tries to teach her that weapons don't need to be used for violence as they can instead be used protect comrades. Although Matsuri doesn't understand what he means, she and Gaara become close.

Because of how important Matsuri is to Gaara, the Four Celestial Symbols Men kidnap her in a scheme to take the One-Tail's chakra sealed within him. Gaara, his siblings, and the Konoha 11 (excluding Tenten) come to her aid. Once she is freed, she uses her jōhyō to save Naruto from a fatal attack by Seimei, finally understanding Gaara's lesson about how weapons can be used to protect. She returns to Suna after Seimei's defeat, determined to continue training under Gaara.

Two years later, in the anime, Matsuri, now a genin, enters the Chūnin Exams held jointly by Suna and Konoha. During the first stage held in Konoha, Matsuri and her teammates, Mikoshi and Yukata, are seated in separate rooms for a written exam. By demonstrating excellent communication skills and commitment to each other, Matsuri and her team pass. They are sent to the Demon Desert for the second stage, which they reach within three days, thus qualifying them to participate.

To pass the second stage, Matsuri and her team must acquire two scrolls within three days, one of which they are given at the start, the other of which they must take from another competing team. When, after several days, they still have not acquired a second scroll, Mikoshi suggests taking the scroll from somebody who already has two and therefore may have let their guards down. While searching for such a team they get lost in a sandstorm and fall into quicksand. They are saved and looked after by Fū, who offers them her scroll when they wake up. Matsuri and her team decline, following Gaara's example of persevering through struggles.

Matsuri and her team are later captured by Hōichi. They are found and rescued by Gaara, but he ends up being captured by Hōichi instead. Gaara, now the Kazekage, orders them to leave him behind and escape. They ignore him and go looking for help, eventually coming across Team Guy. Matsuri offers Team Guy their scroll in exchange for helping Gaara, though they decide to help without payment. While guiding Team Guy to Gaara's location they run into Fū's teammates, Fū having also been captured by Hōichi. Their teams join forces and successfully rescue Gaara and Fū.

As the end of the exam nears, Matsuri seeks out Shira, a fellow Suna-nin and supporter of Gaara. Matsuri proposes that they fight and that the victor will receive the other's scroll, terms that Shira agrees to. Matsuri manages to force Shira to use his Seven Heavens Breathing Method and she loses, but takes her defeat in stride. They and their teams accompany each other to the final rendezvous point for the second stage, where they are informed the Chūnin Exams have been cancelled. Instead, a report on each participant's performance will be sent to their village and their respective village leader will decide if they should be promoted.

When Gaara is kidnapped by Akatsuki, Matsuri is one of the many Suna shinobi sent out to try to find him. In the anime, she is added to Temari's team, which is tasked with patrolling the border; Matsuri complains that they should be trying to rescue Gaara instead. They track him down in time to witness his revival. Matsuri reprimands Ittetsu when he voices his fears that Gaara had died. She and Sari then rush at Gaara to offer their help, but they are blocked by Temari.

Matsuri is among the Suna villagers who see Gaara off as he departs for the Kage Summit.

Matsuri is present when Madara Uchiha approaches the Fourth Division.

In the anime, Matsuri is later shown waking up alongside Yukata when the Infinite Tsukuyomi is released by Naruto and Sasuke.[6] 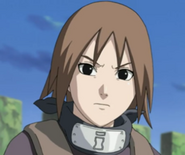 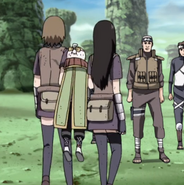 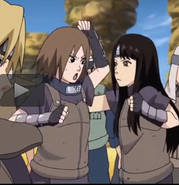 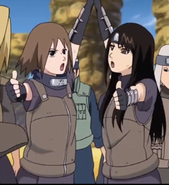 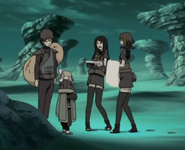 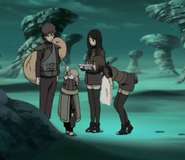 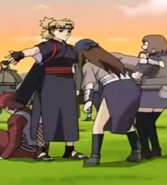 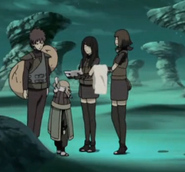 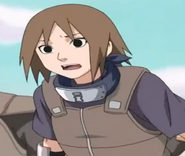 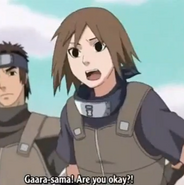 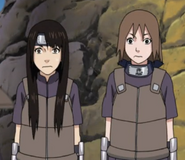