Koga of the Wolf Demon Tribe

Miroku is a Bhikkhu Buddhist, lecherous monk, age eighteen, who travels the countryside performing spiritual services such as exorcisms and demon exterminations, although sometimes he deliberately falsifies these to earn comfortable rewards. Miroku can attack enemies with his holy staff ("Shakujō" used as a medium for barriers) and sutra scrolls, but his greatest weapon is the Wind Tunnel (風穴 Kazaana?) embedded in the palm of his right hand - which is actually a hereditary curse originally inflicted upon his grandfather by Naraku. Though the Wind Tunnel is extremely powerful because it can suck in almost anything in its path, it grows larger over time and with continuous use; it will eventually consume Miroku, as it consumed his grandfather and father. Miroku is able to seal up his wind tunnel with the prayer beads, but the curse can only be broken by killing Naraku. Miroku first meets Inuyasha by stealing the Shikon Jewel, causing them to fight one another until Kagome leaps between them. After Miroku explains his situation, Kagome asks him to join her and Inuyasha, given their mutual goal of wishing to destroy Naraku. He reluctantly complies, though he soon becomes one of Inuyasha's most trusted companions.

However, Miroku remains notorious for his recurring lechery, usually manifesting as shameless flattery, semi-surreptitious groping, and asking every woman he meets to bear him a child. While he learned these bad habits from the monk Mushin (夢心?), who raised him after his father was engulfed into his own wind tunnel, Miroku also has the more serious motive of wanting an heir to continue his journey if he dies without defeating Naraku. Over time, Miroku's feelings mature and he begins focusing his affections more exclusively on Sango. However, because of his love for her, he fears that he cannot love her as an ordinary woman and hopes that if his Wind Tunnel consumes him, she will not die alongside him. He later proposes to her, which she accepts, though their relationship takes longer to solidify since Miroku is still prone to flirting with other girls, but expresses jealousy when other men act the same way towards Sango. When Naraku is finally killed near the end of the series, Miroku's Wind Tunnel disappears freeing him from the curse.

In the end of the Final Act, Miroku marries Sango and has three children with her, twin girls and a boy. He supports his family financially by exorcising demons with Inuyasha. However, according to Inuyasha, the payments he asks for a little more than what he deserves, but Miroku defends this as he has to provide for a family. 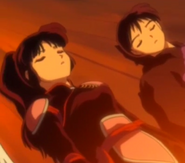 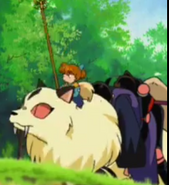 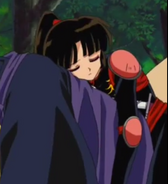 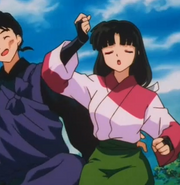 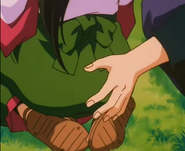 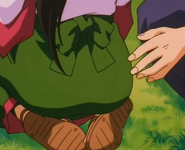 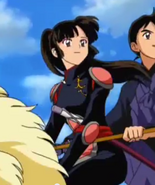 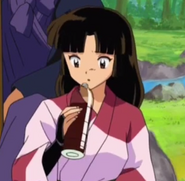 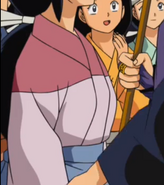 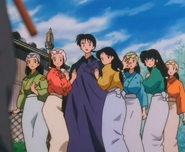 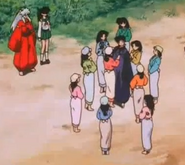 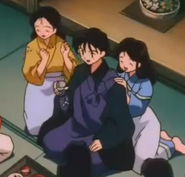 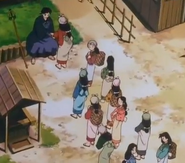 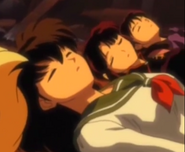 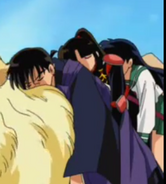 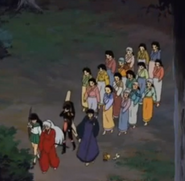 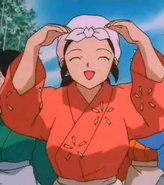