Start a Wiki
Nora Allen is the late mother of Barry Allen. When he was a child, Nora advised Barry to "Accept the things you cannot change, have the courage to change the things you can, and have the wisdom to know the difference" just as her grandmother once told her. On her birthday, Nora was murdered in her own home as she prepared decorations. Her murder went unsolved. For the rest of his life, Barry Allen blamed himself and believed if he ran home a little faster, he would have been able to save her. Iris West, his girlfriend, became aware of his pain and often implored him to stop blaming himself.

On an anniversary of Nora Allen's death, the Flash used his powers to time travel and prevent her death. However, ripples of distortion were also generated and shifted the timeline to create a world on the brink of destruction. Nora Allen arrived at the Central City Police Department for dinner. Barry Allen, still disoriented from the time travel, stumbled outside and was in shock his mother was alive. He struggled to tell her he was the Flash but she thought he was coming out. Eventually, the Flash realized he was responsible for changing history and stopped his past self from saving Nora Allen. Barry Allen visited his mother's grave and admitted he finally understood what she was trying to tell him all those years ago. 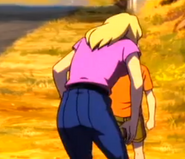 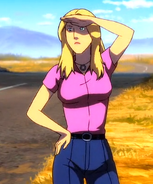 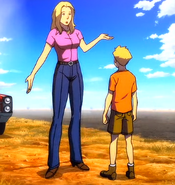 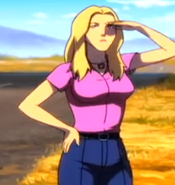 Add a photo to this gallery
Retrieved from "https://xianb.fandom.com/wiki/Nora_Allen?oldid=209549"
Community content is available under CC-BY-SA unless otherwise noted.