Can’t use his arms
Orochimaru (大蛇丸, Orochimaru) is one of Konohagakure's legendary Sannin. With a life-ambition to learn all of the world's secrets, Orochimaru seeks immortality so that he might live all of the lives necessary to accomplish his task. After being caught red-handed performing unethical experiments on his fellow citizens for the sake of this immortality, Orochimaru defected from Konoha rather than be persecuted for his ambitions, and for many years sought the village's destruction in order to take revenge and demonstrate what he had learned. After several apparent deaths in the pursuit of his goals, Orochimaru realises his approach is flawed through Kabuto Yakushi, his former associate, and begins monitoring the choices and actions of his former apprentice, Sasuke Uchiha.

In the anime, sensing that the time was close approaching to change vessels, Orochimaru sent Kabuto to find Guren, so that she could help with preparations for the process. During this time, Orochimaru was also experimenting on Yukimaru, a child with unusual powers. Orochimaru eventually decided it was time to test Sasuke's abilities and watched in awe as he defeated an army of ninja, without killing any, and without receiving a scratch. As Sasuke walked off, Orochimaru admitted that while he used to be recognised as a genius, Sasuke's powers far surpassed his own when he was Sasuke's age.

Noticing that Guren was watching, he offered her another chance to prove herself worthy as Orochimaru's next vessel, which she was delighted with. Orochimaru teamed her up with Yūkimaru, noting that their two abilities should work well together. Later, it was revealed that Orochimaru also chose Guren because he knew she would eventually grow attached to Yūkimaru, which he appeared to have use for. He ordered Kabuto to be ready to eliminate her should she betray him.

Later, after receiving word that the Konoha shinobi were complicating things, Orochimaru decided he might have to intervene personally. After Yūkimaru's loss of his abilities and Guren's supposed death, Kabuto reported back to his master about the failed operation. Orochimaru dismissed it as nothing more than a minor setback, saying that once he had Sasuke's body, it wouldn't make any difference.

Chidori Stream: This is a Change in Chakra Form that I have never seen before.

In exchange for the Curses Power you will be tethered to Lord Orochimaru. All resemblances of Freedom will be lost to you. What is your purpose in this Life? Remember your purpose. Sasuke was willing to give up his Body to get it. What Orochimaru wanted was the Sharingan.

Amulet that Symbolizes both Good luck and renewal. His Research has given him clues about Regeneration. By activating the full potential locked in are bodies we can become incredibly powerful. And in addition we will be able to heighten are regenerative powers. The key is the Body Activating Jutsu known as the Curse Mark. I understand it. I understand the Staggering power of this Jutsu Formula. But it will take me a Month at the very least to master this forbidden Jutsu. I could never learn it all even if i could extend my life with the Reanimation Jutsu. This is the Universe within me. This is where the Transference Ritual will be held.

The Reanimation Jutsu is a Summoning. The Second Hokage is the one who originally developed it. But then he sealed it away as a Forbidden Jutsu. Such a waste. So i set about restoring it. It's quite remarkable. Naturally I have made a few improvements. As you can see there is still much more room for refinement though. I need more personally information material. Why flesh, and Blood of course. Ideally from Legendary Shinobi.

Once i obtained some of the Eight-Tails Cells I was finally able to grow this after many years.

White Snake Possession: Orochimaru transfers his consciousness into a white snake where it slithers into a person's body and enabling Orochimaru to gain control of their body and mind. Similar to the Yamanaka clan technique, the Mind Body Switch Technique, where the user's original body is left defenceless after taking control of someone's body. Orochimaru used this technique to control Kajika and so test the extent of Sasuke's power.

Jutsu that he Teaches 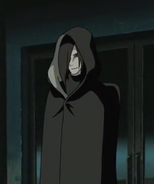 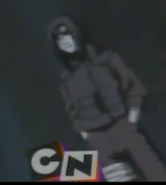 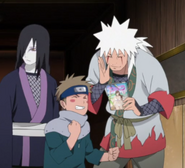