Patricia "Patty" Thompson is a demon weapon able to transform into a demon gun. She and her older sister, Liz, are both Death the Kid's demon weapons. Though capable, her naïve personality can get her into trouble.

Patty and her sister, Liz, were abandoned by their mother in the streets of Brooklyn, New York. Upon being abandoned, the two underwent an extreme loss of any personal connection to anyone other than themselves, growing increasingly self-centered, and caring only for the well being of one another. In addition to growing an extreme hatred towards their mother, the two also became heavily involved in criminal activity. They became known infamously as simply, "The Thompson Sisters", and would usually commit muggings of people in alley ways, even sometimes getting in trouble with the local mob. 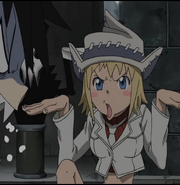 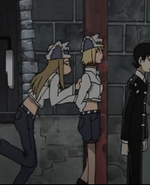 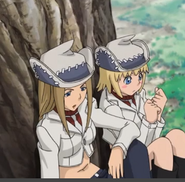 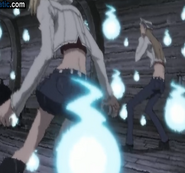 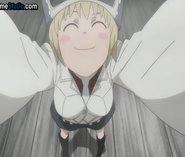 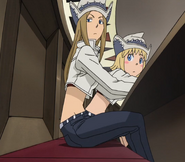 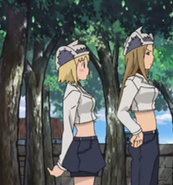 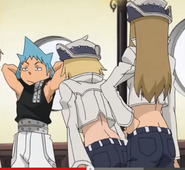 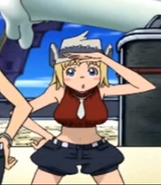 Add a photo to this gallery
Retrieved from "https://xianb.fandom.com/wiki/Patricia_Thompson?oldid=400570"
Community content is available under CC-BY-SA unless otherwise noted.