Platinum is a modified Metal Man made by Dr. William Magnus and designed to pose as Tina Magnus, his late wife that he accidentally murdered in a fit of anger one night. She was undoubtedly created to hide Tina’s death from the world, and Batman (the real Tina’s best friend and secret love interest, though she married Magnus out of loyalty), but when Magnus had his idea to bring about world peace through a forced unity of all the collective minds on the planet, Platinum became crucial to carrying out her creator’s plan. Once Magnus was rushed inside the Justice League’s headquarters, she snuck in to subdue Batman and deliver life-saving nanomachines to the critically injured Magnus. She was eventually destroyed in a heated fight with Wonder Woman who Boom-Tubed Platinum to the sun to burn.

Platinum was programmed to be adept at close quarter combat along with the liquid metal that allows her to portray herself as Magnus’ dead wife gives Platinum the ability to shape her physical form anyway she pleases, such as when she changed her hands to swords in order to fight Wonder Woman. Her aforementioned combat skills proved to be a match to Wonder Woman, a seasoned warrior from New Genesis, though her apparent lack of a Mother Box (and the Boom-Tube technology it possesses) proved to be her downfall when she was teleported to the surface of the sun. 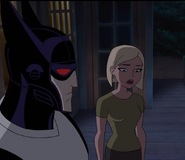 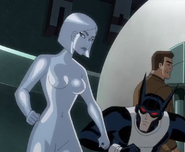 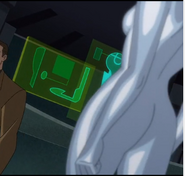 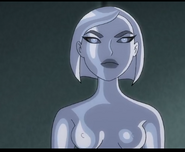 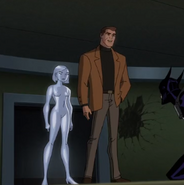 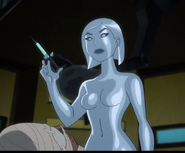 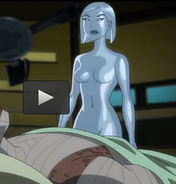