Professor Philena Ivy (Japanese: ウチキド博士 Dr. Uchikido) is a Pokémon Professor who resides on Valencia Island with her three assistants.

Professor Ivy's field of research is in regional differences in Pokémon physiology. She is considered to be very attractive, but it is noted that her looks do not negate her achievements as a Pokémon researcher. She and Professor Oak are good friends.

Professor Ivy was first mentioned in Pallet Party Panic by Professor Oak, where Professor Oak asks Ash to retrieve a mysterious Poké Ball Professor Ivy had found but could not be transported directly to the lab or cracked open with her finest equipment.

In Poké Ball Peril, Ash and his friends find Professor Ivy and obtain the GS Ball. In this episode, Professor Ivy and a Raticate also get sent to the Pokémon Center because they got in the way of Vileplume scattering pollen. During these events, Brock falls in love with her and decides to stay with the professor. Brock continues to stay with her during Ash's Orange League adventure until A Tent Situation where Ash and Misty meet Brock at Ash's home. Not only did they part on mysterious terms, but the details of Brock's work at her lab have never been fully explained. Whatever happened, speaking Philena's name around Brock causes him to curl up into a ball and simply state, "Don't mention that name!" The events that caused Brock to be traumatized have been the subject of fan speculation.

In A Tent Situation, she reappears in a flashback. Professor Ivy was also accidentally mentioned by Misty in the following episode.

In Destiny Deoxys, she was mentioned by Brock himself, but only in the English dub. 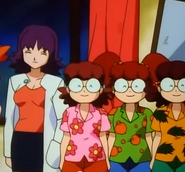 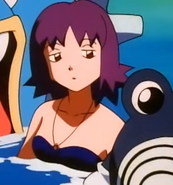 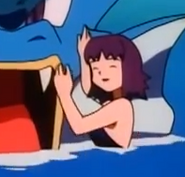 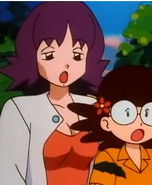 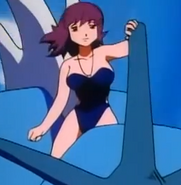 Add a photo to this gallery
Retrieved from "https://xianb.fandom.com/wiki/Professor_Philena_Ivy?oldid=303792"
Community content is available under CC-BY-SA unless otherwise noted.