Start a Wiki
Sakura Uchiha (うちはサクラ, Uchiha Sakura, néeHaruno (春野, Haruno)) is a kunoichi of Konohagakure'sUchiha clan. She is appointed as a member of Team Kakashi, but quickly finds herself ill-prepared for the duties of a ninja and the complications of her team-mates' lives. By training under her master, Tsunade, she becomes a strong kunoichi and an excellent medical-nin, capable of facing the challenges of life as a ninja, as well as help and protect her friends and loved ones when they need her.

Sakura is a young ninja who is part of Team 7 alongside Naruto Uzumaki and Sasuke Uchiha under the leadership from Kakashi Hatake. Within Sakura resides "Inner Sakura," a manifestation of her inner emotions. In addition to comic relief, Inner Sakura represents Sakura's actual opinion on things when she outwardly displays something opposite.As Sakura has a deep infatuation for Sasuke many of her earlier appearances are dedicated to her continuing effort to win his affection. She accompanies the rest of Team 7 during all of its early missions, though she does little to contribute to the battles that take place. Sakura lacks any unique traits that set her apart from the rest of Team 7 although Kakashi notes that she has an excellent control over her chakra early in Part I.As a result, Sakura sits on the sidelines, content in allowing her teammates to protect her and defeat their opponents. During the Chunin Exams, when the rest of Team 7 is left in need of her protection, Sakura realizes that relying on others to fight her battles has been unwise. She resolves to better her ninja abilities from that point further, and throughout the rest of the series takes a more active role in Team 7's battles. After Sasuke's defection from Konoha at the end of Part I, Naruto's failure to bring him back, and Sakura's inability to help either of them, she becomes Tsunade's apprentice so that she can do more for her teammates in the future. Since then, Sakura makes it her personal goal to bring Sasuke home.

After training under Tsunade for two-and-a-half years, Sakura acquires the ability to heal wounds, becoming one of the most experienced medical ninja. In order to secure her survival to heal other, Sakura also developed superhuman strength by building up chakra in her fists.Thanks to this, Sakura joins Team 7 as medical ninja to save Gaara from the criminal group Akatsuki. With help from the elder Chiyo, Sakura defeats the Akatsuki member Sasori who gives her hints of Sasuke's whereabouts.Naruto, Sakura, and the new members of Team 7 use this intelligence to track Sasuke down, but they are once again unable to prevent him from escaping.[19] While disappointed in their failure, Team 7 tries once again to find Sasuke, though after almost apprehending him they lose his trail and are forced to return home.[20] As they search for Sasuke during Part II, Sakura learns of the various hardships Naruto faces: the Nine-Tailed Demon Fox creature inside him which is being pursued by Akatsuki.[21] Saddened by the impact both forces have had on his life, Sakura becomes protective of Naruto and tries to do whatever she can to help him overcome these obstacles.[22] Sakura later resolves to kill Sasuke after understanding he is becoming a menace to the villages.[23] However, when she fails to do it, Naruto decides to settle things with Sasuke himself.[24] When a war against the remaining Akatsuki is announced, Sakura participates as a medical ninja.[25] She moves to fighting side when Akatsuki releases the Ten Tails creature and she battles it alongside Naruto and Sasuke.[26] After Sasuke is pardoned of his crimes, Sakura sees him off as he decided to travel the world in search for redemption and shows signs that he finally accepted her feelings for him.[27] In the epilogue, set years after the end of the Fourth Ninja War, it is shown that Sakura and Sasuke had married and had a daughter, Sarada 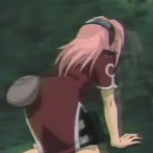 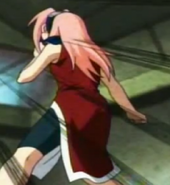 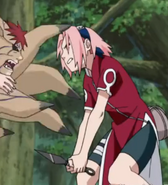 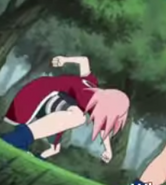 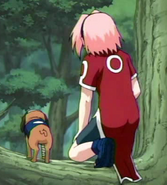 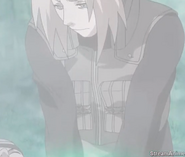 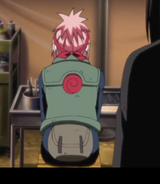 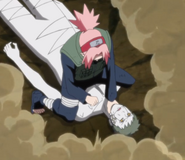 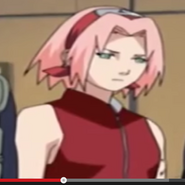 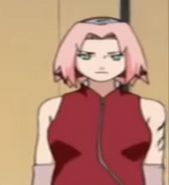 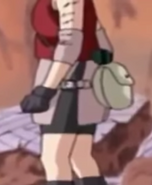 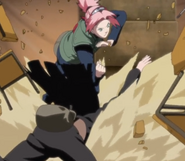 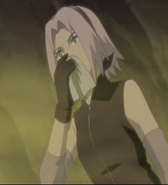 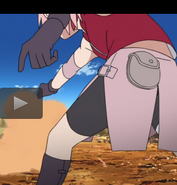 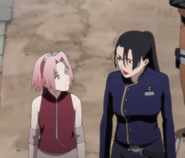 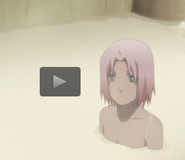 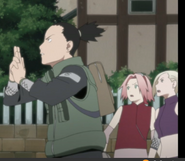 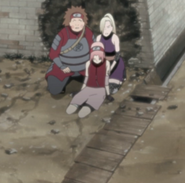 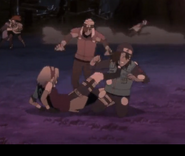 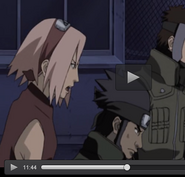 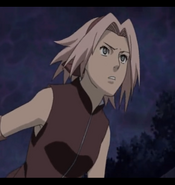 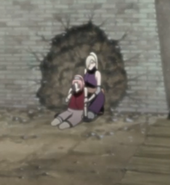 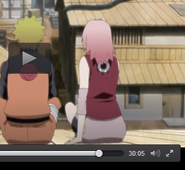 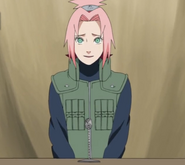 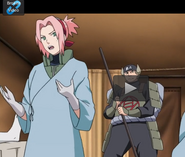 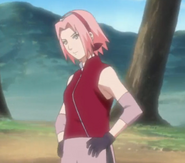 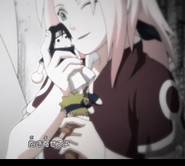 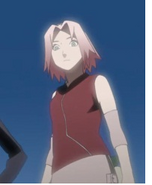 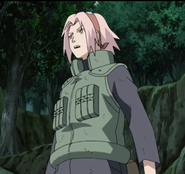 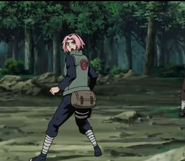 Add a photo to this gallery
Retrieved from "https://xianb.fandom.com/wiki/Sakura_Haruno?oldid=32325"
Community content is available under CC-BY-SA unless otherwise noted.