Samantha Vanaver was a wealthy woman whose family, like the Waynes, had positions of influence in Gotham for hundreds of years. She was secretly the Grandmaster of the Court of Owls and the lover of Talon.

One of the Bruce Wayne's Love Interest. She has had Sex 3 times.

Samantha Vanaver is the heiress to the Vanavers, a wealthy family in Gotham City. For generations, the Vanavers have led and controlled the Court of Owls. Her father recruited and trained a boy to become the next Talon. The boy and Samantha grew up together. Vanaver fell in love with him and saw a potential for greatness. Eventually, Samantha Vanaver took over leadership of the Court as the next Grandmaster. Coincidentally, she targeted Bruce Wayne for membership and chose Robin to replace Talon as general of the Court's soon to be army of resurrected warriors at the same time.

Bruce Wayne and Samantha Vanaver were "drawn" together by many shared interests, including the care and feeding of Gotham City. They began dating. Three months later, Vanaver dined with him at Wayne Manor. They finished eating at around 7:36 pm. After being amused with Alfred Pennyworth, Vanaver was taken by Wayne and shown his new project - to modernize the city. She was once again intrigued Wayne proved to be more than the billionaire playboy the tabloids made him out to be. Their kiss was interrupted by the sound of Damian Wayne's snoring. Bruce Wayne quickly introduced Damian as his ward, not as his son, and he was kept a secret so the press corps wouldn't target him. She was moved at the notion of Wayne taking in an unfortunate child and giving him a better life. She received word of an emergency board meeting and thought about rescheduing it but Wayne implored her to go and they would continue another night. Vanaver said her goodbyes and blew a kiss to Wayne. Damian found her very attractive but a hair pretentious and a little shallow. Wayne cut Damian off and looked to see what book he was reading.

The next night, they were to meet for dinner at a restaurant but Wayne ran late. He called Vanaver from his car but was attacked by a group from the Court of Owls. While Wayne was tranquilized and transported, Vanaver made her way to the Court. As the Grandmaster, she addressed Wayne and introduced the Court of Owls to him. Grandmaster proposing merging his vision for Gotham's future with their own then raise the city to her former glory. When Wayne inquired about Batman, the Grandmaster assured him the vigilante was being dealt with as they spoke. He asked for some time to consider the offer. Grandmaster obliged him and had him drugged again and returned to his manor's front gates. An Owl Lieutenant expressed concern Bruce Wayne would present a problem like his forebears did. Grandmaster insisted the public persona Wayne put out was all spectacle and ego. She believed he was like everyone else in the Court. Grandmaster, Talon, and some lieutenants went to the casket room and observed the scientists working on refining the resurrection process for the Talons.

Grandmaster admitted to envying the Talons' immortality. Talon was not so taken and recalled the disintegration of the three who attacked Batman prior. Grandmaster was confident that by analyzing their early failures, the Court would be able to keep their warriors alive for one full day before they required regeneration. Talon remained skeptical much to a lieutenant's annoyance. Grandmaster stepped in and reminded Talon he would die but be reborn as a god, not a soulless thing, and realize his great destiny to lead the Court's army in a war to retake Gotham City. After Talon and Robin attacked the mob boss Mr. Draco, Talon visited Vanaver at her penthouse and they engaged in relations. Talon remained worried the rest of the Court would not go along with their modified plan to use Robin as the Talon's general nor allow Talon to co-rule them by the Grandmaster's side. Some time later, the Grandmaster and Court were visited by Batman. She taunted Batman with the notion of the Court having eyes across Gotham, observing and recording his every move.

Grandmaster noted the odorless psychotropic gas they flooded the sewers around their base and dropped Batman into the Labyrinth. Several hours later, Grandmaster and the Court saw Talon and Robin. When Robin hesitated to reveal his secret identity, the Grandmaster quickly moved to have him ejected but Talon convinced him to. Grandmaster was shocked to learn Robin was Damian Wayne and realized who Batman was. She ordered Talon to execute Robin in order to break Batman's will and heart. Grandmaster swore to find a replacement and passed the order again. Talon could not comply and leapt atop the Grandmaster's podium. Heeding Talon's words, Grandmaster ran and locked herself in a room. Talon murdered every Owl present then broke into the room. Grandmaster was clearly shaken by Talon's betrayal. Talon removed his mask and stabbed it, declaring he would never be like the rich elitists that made up the Court. He removed Grandmaster's mask. She tried to convince him the two of them could salvage their plan but Talon kissed her then inflicted a fatally wound.

What can I say? I'm a born warrior. Then I guess I'll have to relax you all over again. Now, now. You know better than to disobey the Grandmaster. We're not wearing masks now, Samantha. People like us are always wearing masks. What if the Court doesn't go along with our plan? It's a brilliant idea. We have the perfect weapon to destroy the Batman. And me? You'll have your wish. You'll sit beside me on the Court. My partner. My love. But I'm not one of you. I'm just a nobody from the streets. My father recruited you, trained you. I've known you since we were children, and I know there's greatness in you. Maybe you do, but the rest of them... Vanavers have controlled the Court for generations.Our word is law. Since when do you believe in the law? Only one law, my love. My law. 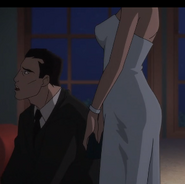 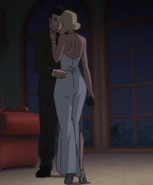 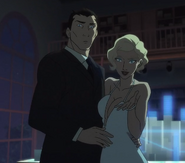 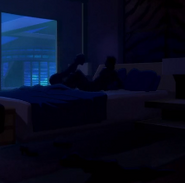 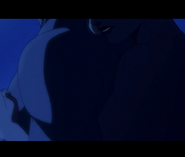 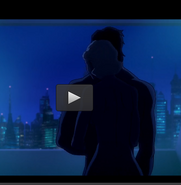 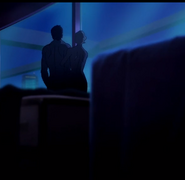 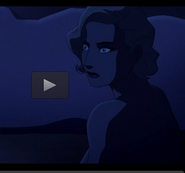 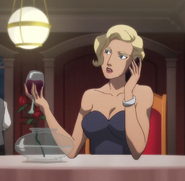 Add a photo to this gallery
Retrieved from "https://xianb.fandom.com/wiki/Samantha_Vanaver?oldid=375224"
Community content is available under CC-BY-SA unless otherwise noted.