She is a kunoichi from Kumogakure, and the leader of Team Samui.

Samui and her team were sent to Konoha by the Fourth Raikage to inform them that they would be taking care of Sasuke Uchiha and Akatsuki. In her first appearance, she was shown complaining of shoulder pains which, according to her team mate Omoi, were caused by her large breasts. Samui made no retaliation, unlike Karui.

After Naruto Uzumaki's fight with Pain, Samui and her team were seen on the Konoha outskirts. After Omoi and Karui had a short argument regarding dating men and women, the team was shocked to find a crater in Konohagakure's place, which was caused by Pain's Shinra Tensei shortly before his battle with Naruto. While Omoi believed that Karui had caused it by means of an avalanche after she had almost hit him with a thrown rock earlier, Samui ordered the team to find someone and ask them what had happened. Later, they came across a Konoha jōnin, who explained that it was the Akatsuki who had destroyed Konoha. Samui then asked the jōnin to let her have an audience with the Hokage so that she could deliver the Raikage's letter. She was disappointed to find the Fifth Hokage in a coma, and asked Shizune to talk to the new leader, after which Danzō Shimura appeared in front of them proclaiming that he was the new Hokage and accepted the letter.

Later, she returned to her team-mates to find Karui beating up Naruto, to which she told her not to cause trouble. As Naruto requested to see the Raikage, Samui remembered Naruto as the ninja the villagers thought should be the Hokage, but she refused him since the Kage Summit was taking place.

As Samui's team left Konoha later on after getting intel on Sasuke from the Konoha Archive Library, Yamato implanted a tracker on them in order to follow them to the Raikage. Yamato, Kakashi Hatake and Naruto followed Samui, causing them to meet up with the Raikage and his assistants in the Land of Iron, allowing Naruto to ask the Raikage not to kill Sasuke. However, the Raikage refused to heed Naruto's request and Samui and the other Kumo-nin left with him soon after. She is later seen welcoming the Raikage and Killer B back to the village.

Later, she participates in the last meeting in order to fully prepare for the war. The Raikage orders her to form a Surprise Attack Division then split the rest of the forces into multiple divisions and get them in formation. She later turns up alongside her brother Atsui to aid Darui in his fight with Kinkaku and Ginkaku. She makes note of their legendary strength, and explains the four weapons they wield. The three are attacked by a group of White Zetsu, and Samui tries to stop Atsui from attacking, as she still had more to explain about the legendary weapons. After Atsui dispatches the White Zetsu, both he and Samui are hit by the Kōkinjō, and have their word souls 言霊, kotodama pulled out of their mouths. Their word souls are then cut away from their bodies by the Shichiseiken, and the words that they both most use appear on the flat of the blade Samui's is cool. The word souls are then sucked into the Benihisago by Kinkaku. Atsui goes to say something but Samui cuts him off by putting her hand over his mouth. She explains that they've been hit with a combination curse and sealing technique, and that their word souls have been taken hostage. If they speak the words they've used most in their lives, they'll be sealed in the Benihisago for good.

Kinkaku then uses the Bashōsen to unleash Flame Wrap a large wave of flame that both Samui and Darui dodge. Atsui is hit by the flames and, completely oblivious to his overuse of the word hot あつい, atsui, says it and is sealed away in the gourd. Samui is then caught off guard by Ginkaku and restrained. He threatens that if Darui moves, he'll kill her. Samui sadly closes her eyes as Darui apologises to her and attacks Kinkaku. He severs Kinkaku's arm, and then saves Samui from Ginkaku by hitting him with his Storm Release: Laser Circus technique. Despite not saying cool at any point, Samui is then trapped inside the Benihisago by Ginkaku, because people can also be sealed away for not saying anything long enough. Darui promises to find a way to release her, suggesting she's still alive. The gourd with Samui and her brother inside was later taken by Tobi in order to seal the portion of the Nine Tails chakra that is within Ginkaku who was also absorbed into the gourd. After Tobi's plan to capture the Eight and Nine-Tails failed, Tobi opted to instead feed the Demonic Statue of the Outer Path the Benihisago as even a portion of the Eight and Nine Tail's chakra would suffice the Ten-Tails's revival, with Samui still inside the gourd. 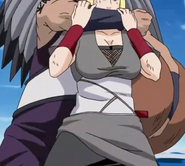 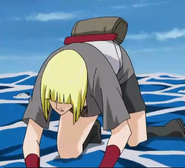 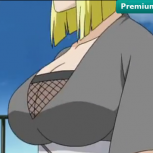 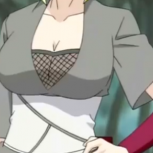 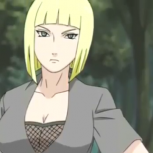 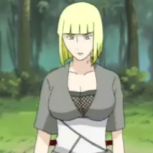 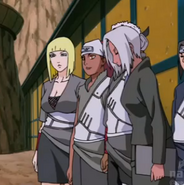 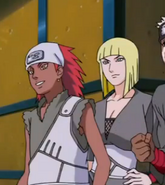 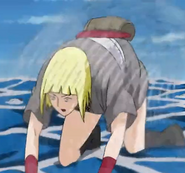 Add a photo to this gallery
Retrieved from "https://xianb.fandom.com/wiki/Samui?oldid=371524"
Community content is available under CC-BY-SA unless otherwise noted.