Seventh Sister was the designation used by a female Mirialan Inquisitor of the Galactic Empire several years before the Battle of Yavin. She was brought into conflict with the Lothal rebels while attempting to track them and Ahsoka Tano, one of the leaders of a rebellion against the Empire. She wore black armor with a retractable faceplate and spoke in a clipped, almost mechanical voice. Like most Inquisitors, she carried a double-bladed spinning lightsaber and she wore it clipped to her belt instead of on her back. 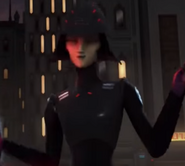 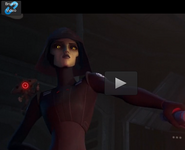 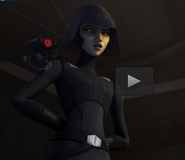 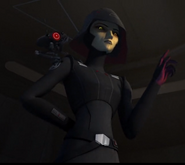 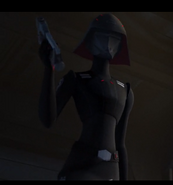 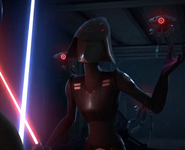