Shizune(Jiraiya Shinobi Handbook: The Tale of Naruto the Hero)

Fourth Great Ninja War
She is the assistant of Tsunade and a talented Medic-nin. She left Konoha with Tsunade after her uncle, Dan, died, and trained under Tsunade for many years afterwards. Shizune is quite close to Tsunade, being one of the few people Tsunade will trust with absolute certainty. Unlike Tsunade, Shizune is level-headed, practical, and a rational thinker. As a result, she tends to stress over details like Tsunade's tendency to gamble and think with her heart. She often gets comically worked up over any irrational decision Tsunade makes, particularly her making large bets. Shizune also looks after Tonton, Tsunade's pet pig.

Upon hearing the information that Sakura had gained from Sasori, she objects to sending Naruto on the mission to the Tenchi Bridge. However, Tsunade tells her than she and Sakura are two of the few shinobi she can trust in completely so she had to send Team Kakashi. Shizune then insists if that's the case then her team could be sent instead, but Tsunade tells her that it wouldn't be the same as Sakura and Naruto had a personal stake in the mission. Still worried about Naruto's safety she tries once again to plea with her not to send him unbeknownst to her that he was eavesdropping on the conversation until Tsunade acknowledges his presence. Later when the Konoha Council asks to speak with Tsunade, it is revealed that Shizune had shared her uneasiness with Naruto constantly going up against members of Akatsuki that wanted to capture him. Shizune is present, carrying Tonton, when Team Kakashi return from their mission.

In the anime, Shizune was present at Asuma Sarutobi's funeral, mourning his loss.

In the anime, Shizune was assigned to help seal the Three-Tails, being in charge of the sealing team, her assistants were Ino, Sakura and Hinata. She instructed the other members in order to speed along the process. The sealing however, was repeatedly interrupted by Guren and her men, and the sealing was instead left to Anbu members.

According to Kakashi, Shizune taught Sakura how to use a Poison Laced Kunai which she was going to use to Kill Sasuke with but he still had Orochimaru's immunity to poison so it wouldn't work.

Find Shikamaru and tell him to start working on Defense Countermeasures immediately. 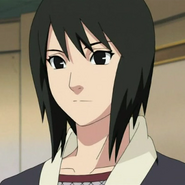 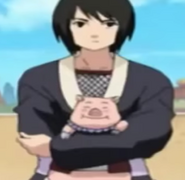 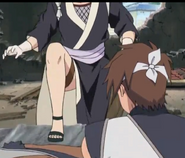 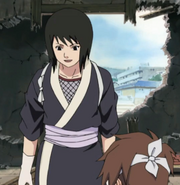 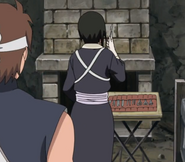 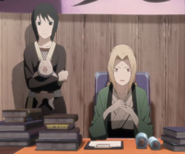 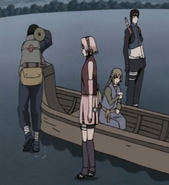 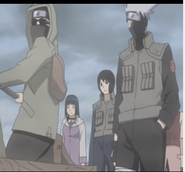 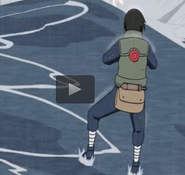 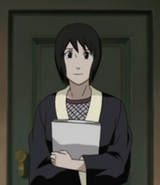 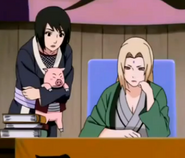