The wife of Master Splinter. Her grandmother is Tang Shens Grandmother

At some point, she married Yoshi and gave birth to their baby daughter, Miwa. A jealous Saki attacked Yoshi in the family's home, and during their battle, Yoshi's house caught fire. While Yoshi survived, Tang Shen did not and Miwa was taken away by The Shredder. After this, Yoshi left Japan and moved to New York City. Her death is possibly the reason that Yoshi bought the turtles in the first place.

Shen was a Japanese woman originally from the city of Fukuoka, but her grandfather was Chinese. 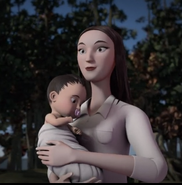 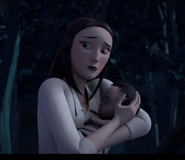 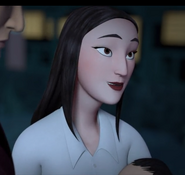 Add a photo to this gallery
Retrieved from "https://xianb.fandom.com/wiki/Tang_Shen(2012)?oldid=209794"
Community content is available under CC-BY-SA unless otherwise noted.