Xianb Wiki
Register
Don't have an account?
Sign In
Advertisement
in: Waterbender, Wood Style, Army of Darkness,
and 49 more

Fourth Great Ninja War
White Zetsu (白ゼツ, Shiro-Zetsu) was half of theAkatsuki member Zetsu (ゼツ, Zetsu), the other beingBlack Zetsu. He was one of the first victims of the Infinite Tsukuyomi, and eventually was pulled from the Demonic Statue of the Outer Path by Black Zetsu,[4] and infused with the DNA of Hashirama Senju by Madara Uchiha.

White Zetsu is able to mirror your Chakra imprint. If one of our Shinobi had his Chakra absorbed during the daytime Battle then White Zetsu could transform into him.

The Battle during the day time was to set up these Secret Night Time Assaults. 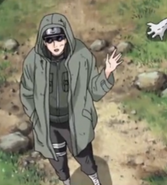 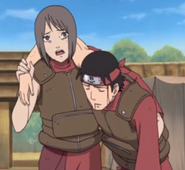