Justice League
Zatanna is a seasoned magic user but is a stage performer at heart. She is known to cast her magic spells backwards as a method of focus. At some point, Zatanna encountered Space Cabbie. She agreed to take a photo with him for his collection. On the night of a Crimson Moon, Constantine and Zatanna were busy fighting Brother Night and his ghouls. They were unable to immediately provide back up to Batman. Zatanna informed him of the nature of the Crimson Moon, a mystic eclipse that takes place every hundred years, while spinning the ghouls and detonating a card deck against them. Batman asked them to help identify a crystal Grundy had in his possession. Zatanna immediately recognized his description as the Star of the Dead. Constantine warned Batman not to let Grundy take it to the City of the Dead cemetery. Zatanna promised they could come when they could and wished him luck. While Constantine finished off Brother Night, Zatanna teleported to the City and saved Batman in time from being turned by zombies. He figured she would make an entrance. Zatanna began casting a spell to make the zombies disappear but she was too late.

The Crimson Moon shined on the Star as it rested in the palms of an angelic statue. The Star's energy was released and threatened to spread across the planet and turn every human into a zombie. Batman and Zatanna were the first to be. Swamp Thing managed to remove the Star and destroy it. They returned to normal. Batman ended the crisis by freezing Grundy. Zatanna was bummed out since she could have turned him into a rabbit. They went to New Orleans and observed the festivities. Swamp Thing remarked they weren't exactly saints. Zatanna asked if he was more human than he'd care to admit. After seeing an infant he saved earlier, he replied maybe. 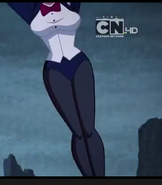 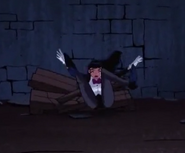 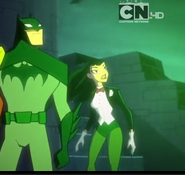